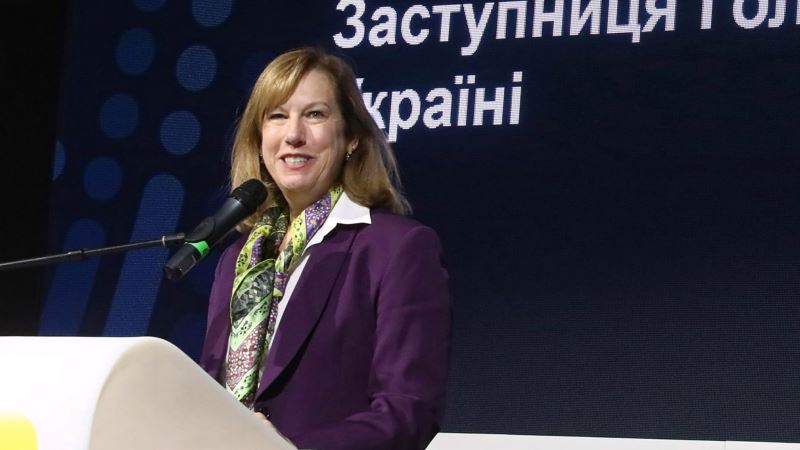 Kristina Kvien, deputy chief of the U.S. diplomatic mission in Ukraine, has been appointed as the interim charge d’affaires at the U.S. Embassy in Kyiv.

In a video posted on Facebook on January 2, Kvien said that the U.S. “policy of strong support for Ukraine remains steady.”

“Our embassy team will continue to partner closely with the Ukrainian government and civil society and support Ukrainian sovereignty and territorial integrity, and support reforms that will help Ukraine build its prosperous European future,” Kvien said.

Kvien replaced William Taylor, who stepped aside earlier on January 2 after serving in the post since May 18, 2019.

Taylor said good-bye to Ukrainians in a video statement on December 31, saying he was “very optimistic” about Ukraine’s future.

Taylor was launched into the forefront of the impeachment hearings against U.S. President Donald Trump in November when he testified that one of his staffers overheard Trump ask U.S. Ambassador to the European Union Gordon Sondland about “investigations” against Joe Biden, one of the president’s main political rivals.

During his testimony, Taylor also criticized Trump’s decision to delay military aid to Ukraine and a White House invitation to Zelenskiy, saying it ran counter to U.S. foreign policy goals in the region and damaged Washington’s relationship with Kyiv.

Taylor’s appointment was set to expire in early January but the State Department did not extend his stay.