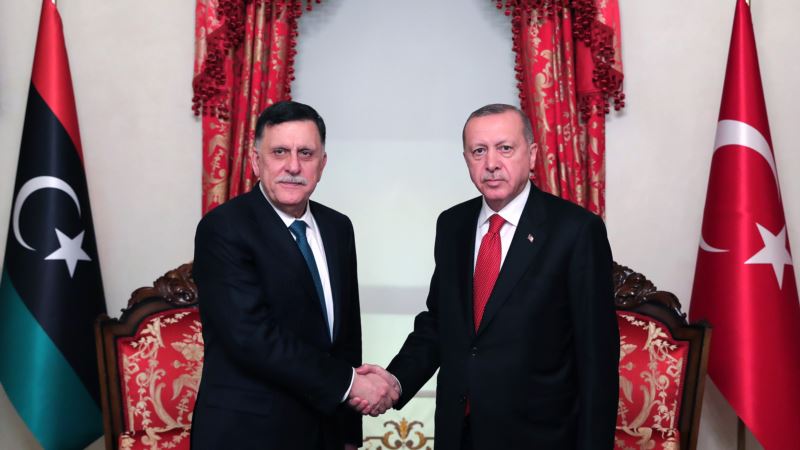 Turkey’s parliament has approved the deployment of troops in Libya to back the UN-supported government there.

Turkish lawmakers voted 325-184 at an emergency session on January 2 in favor of allowing a one-year mandate to deploy troops.

There are concerns that Turkish forces could aggravate the conflict in Libya.

The Tripoli-based government of Prime Minister Fayez Sarraj is battling for power against a rival administration based in the east and led by General Khalifa Haftar.

Forces loyal to the warlord — who is backed by Egypt, the United Arab Emirates, and others, including what is believed to be a force of Russian mercenaries – launched an offensive in April to capture the capital.

Ankara says the deployment is vital for Turkey to safeguard its interests in Libya and in the eastern Mediterranean.

Based on reporting by AP and dpa