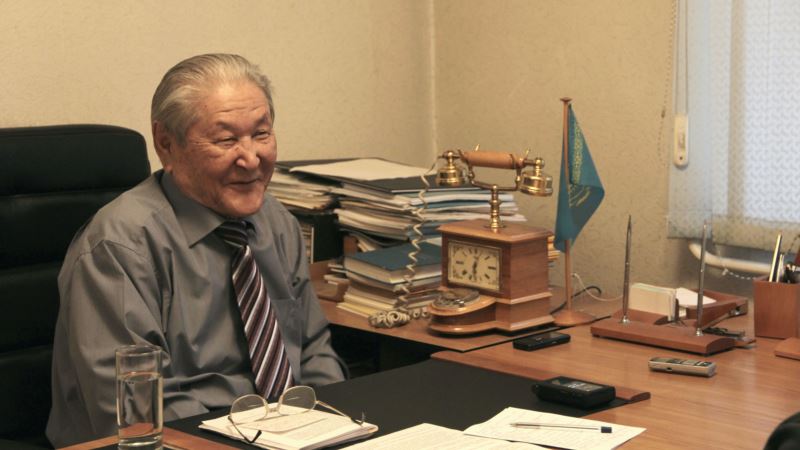 ALMATY, Kazakhstan — Hundreds of people have bid farewell to Serikbolsyn Abdildin, a prominent Kazakh veteran opposition politician who died on New Year’s Eve at the age of 82.

Human and civil rights activists, opposition politicians, and representatives of the city’s administration attended a memorial for Abdildin, held at the Philharmonics House in Almaty on January 3.

The director of Kazakhstan’s Bureau for Human Rights and Rule of Law, Yevgeny Zhovtis, told mourners at the ceremony that Abdildin was “an enormous figure who stood at the rise of Kazakhstan’s independence.”

“Serikbolsyn Abdildin is one of not so many politicians in our country who showed that politics may be fair and decent. That it is possible to be a politician without holding his grip on power to a limitless extent, such as by removing opponents. He was just a decent person and that, in our times, is significantly more than anything else,” Zhovtis said.

Abdildin was a harsh critic and opponent of Kazakhstan’s first president, Nursultan Nazarbaev, accusing him of “usurping power,” nepotism, and corruption.

Several years ago, Abdildin predicted that Nazarbaev might create a post for himself to control future presidents, and his forecast came true in 2019.

Nazarbaev, who ruled the oil-rich Central Asia nation for almost 30 years, suddenly resigned in March last year and handpicked his successor, incumbent Qasym-Zhomart Toqaev, who was inaugurated as Kazakhstan’s new president in June after an election that international observers said was marred by “widespread voting irregularities.”

Nazarbaev, 79, continues to control social, economic, and political spheres by leading Nur-Otan, the ruling party, and the influential Security Council.

In 1999, Abdildin ran for president and came second behind Nazarbaev.

After the memorial ceremony, Abdildin was laid to rest at the Kensai-2 cemetery, where many of Almaty’s most-prominent and famous citizens are buried.