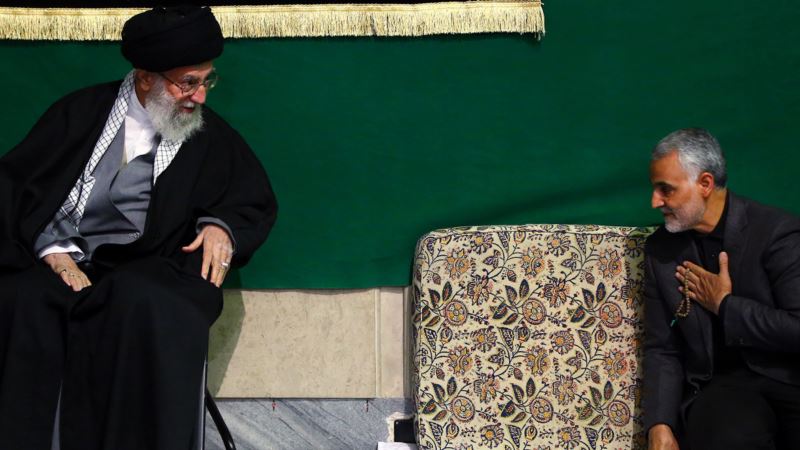 Iranian Supreme Leader Ayatollah Ali Khamenei has threatened “severe retaliation” against the “criminals” who killed Qasem Soleimani, the powerful commander of Iran’s Quds Force who died in a U.S. air strike in western Baghdad on January 3.

Soleimani was killed in a possible drone strike while traveling in a two-car convoy near Baghdad’s international airport early on January 3.

The U.S. military said it carried out the “defensive” strike to prevent Soleimani from orchestrating further attacks against U.S. interests in the region.

Khamenei said the U.S. action will “double the motivation” of the Iranian people’s resistance against the United States.

“Soleimani’s martyrdom will make Iran more decisive to resist America’s expansionism and to defend our Islamic values. With no doubt, Iran and other freedom-seeking countries in the region will take his revenge,” Rohani said, according to Reuters.

Iranian media said the Foreign Ministry had summoned the Swiss charge d’affaires, whose country represents U.S. interests in Iran in the absence of formal diplomatic relations between Washington and Iran, and informed the envoy of its “strong protest.”

“He was told that Washington’s move is a blatant instance of state terrorism and the US regime is responsible for all its consequences,” Press TV reported.

The Quds Force is the elite foreign arm of Iran’s Islamic Revolutionary Guards Corps and has been declared a foreign terrorist organization by the United States.

Based on reporting by AFP, dpa, AP, Press TV, and Reuters