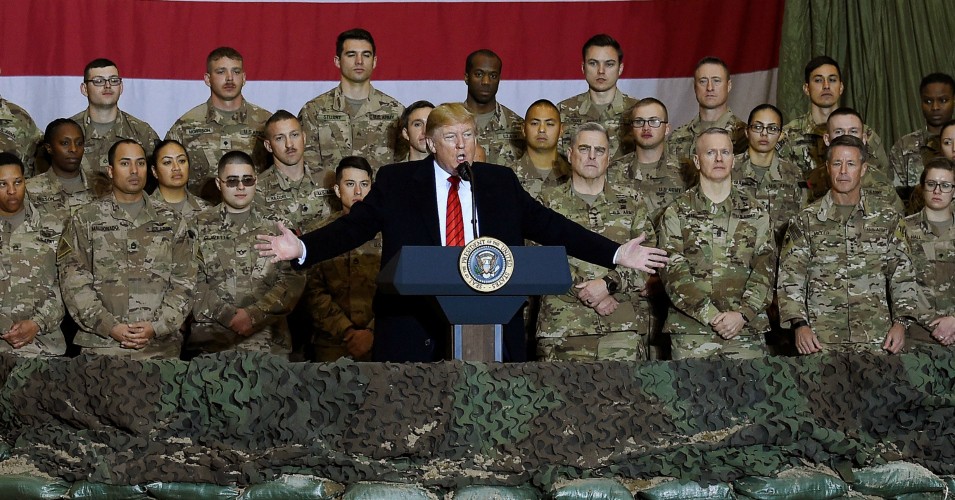 This is a developing story and may be updated.

President Donald Trump is sending roughly 3,500 more troops to the Middle East, according to multiple reports on Friday, a development that follows the U.S. assassination Thursday of Iran’s top military leader Qassem Soleimani.

The troops will be deployed to locations including Iraq and Kuwait, NBC News reported Friday, and were “ordered to serve as a response to threats throughout the region.”

Stephen Miles, executive director of advocacy group Win Without War, called the deployment “just the latest step on Trump’s march to war” and a “reminder that his con of being a guy who ends wars was always a big, giant lie.”

Sending 3,500 more troops to the Middle East, on top of the thousands already sent, is just the latest step on Trump’s march to war. A reminder that his con of being a guy who ends wars was always a big, giant lie. https://t.co/jb2PLUaqx6— Stephen Miles (@SPMiles42) January 3, 2020

The deployment comes the same week Trump accused Iran, without evidence, of being behind an attack on the U.S. Embassy in Baghdad, where demonstrators were denouncing U.S. airstrikes and the ongoing occupation.

Trump’s decision to kill Soleimani, as well as at least six others, with a drone strike in Baghdad came after the Pentagon threatened Iran with preemptive action in response to supposed indications it was planning attacks on U.S. forces in the region.

Though the Pentagon did not offer a shred of evidence that Soleimani or militia groups were planning attacks, corporate media outlets dutifully echoed the Trump administration’s line, leading some commentators to see parallels with the buildup to the Bush administration’s 2003 invasion of Iraq.

“Trump promised to end endless wars, but this action puts us on the path to another one,” Sanders said late Thursday. Warren said Friday, “We’re on the brink of yet another war in the Middle East—one that would be devastating in terms of lives lost and resources wasted.”

Rep. Ro Khanna (D-Calif.), whose provision to stop Trump from attacking Iran was stripped from the 2020 National Defense Authorization Act, told Democracy Now! Friday that Trump “and his advisers have been itching for an escalation with Iran from the day he took office.”