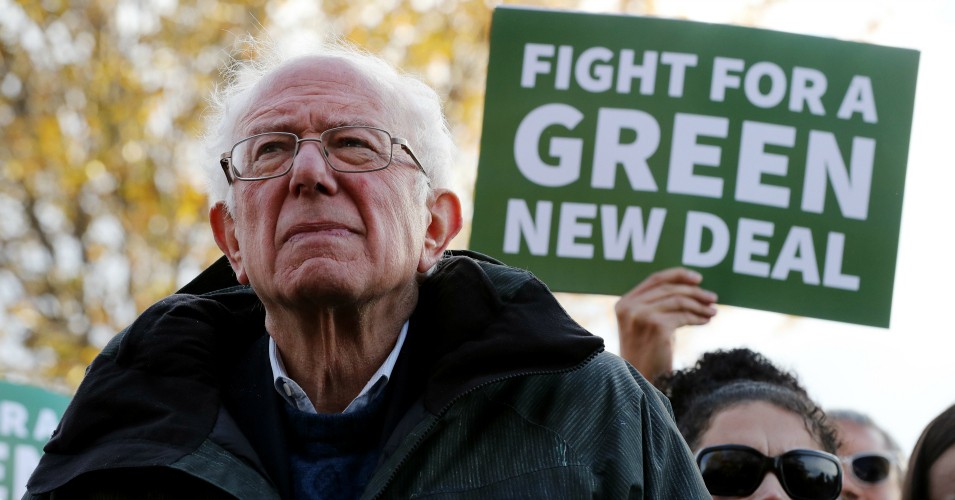 Sen. Bernie Sanders in Iowa Thursday told members of the Meskwaki Nation that Native Americans are being looked to for influence in addressing the climate crisis by activists around the world and pledged to work with Indigenous communities to deal with the threats and concerns they face.

“Young people all over the world are looking to the Native American community for leadership,” Sanders said of the climate movement. “Once again, we’re going to need your leadership on how we go forward on respecting the environment.”

Sanders made the stop in Meskwaki Settlement, which is just outside of Tama, Iowa, on Thursday as part of the launch of his “Not Me, Us” Iowa bus tour in support of his bid for the 2020 Democratic presidential nomination.

The senator emphasized to the crowd that a Sanders administration would prioritize Native American concerns and would seek their counsel.

“For much too long, Native American people have been lied to, treaties have been broken, land has been taken,” said Sanders. “As president of the United States, we will not be informing the Native American population what is going on—they will be part of the discussion.”

After his remarks, Sanders heard question from the crowd.

According to the Waterloo-Cedar Falls Courier:

During the question-and-answer period, Krista Snow of Tama asked a question about pipelines running through tribal land. Sanders said he opposed all new pipelines that carry fossil fuels.

“We’ve gotta stand up to the fossil fuel industry and tell them their short-term profits are not worth the future of our planet,” Sanders said.

Snow told the Courier that Sanders was a candidate she believes in.

“He’s been my top candidate for a minute,” said Snow.

Sanders is no stranger to Meskwaki Settlement. The senator visited in 2015, drawing praise at the time from local leaders.