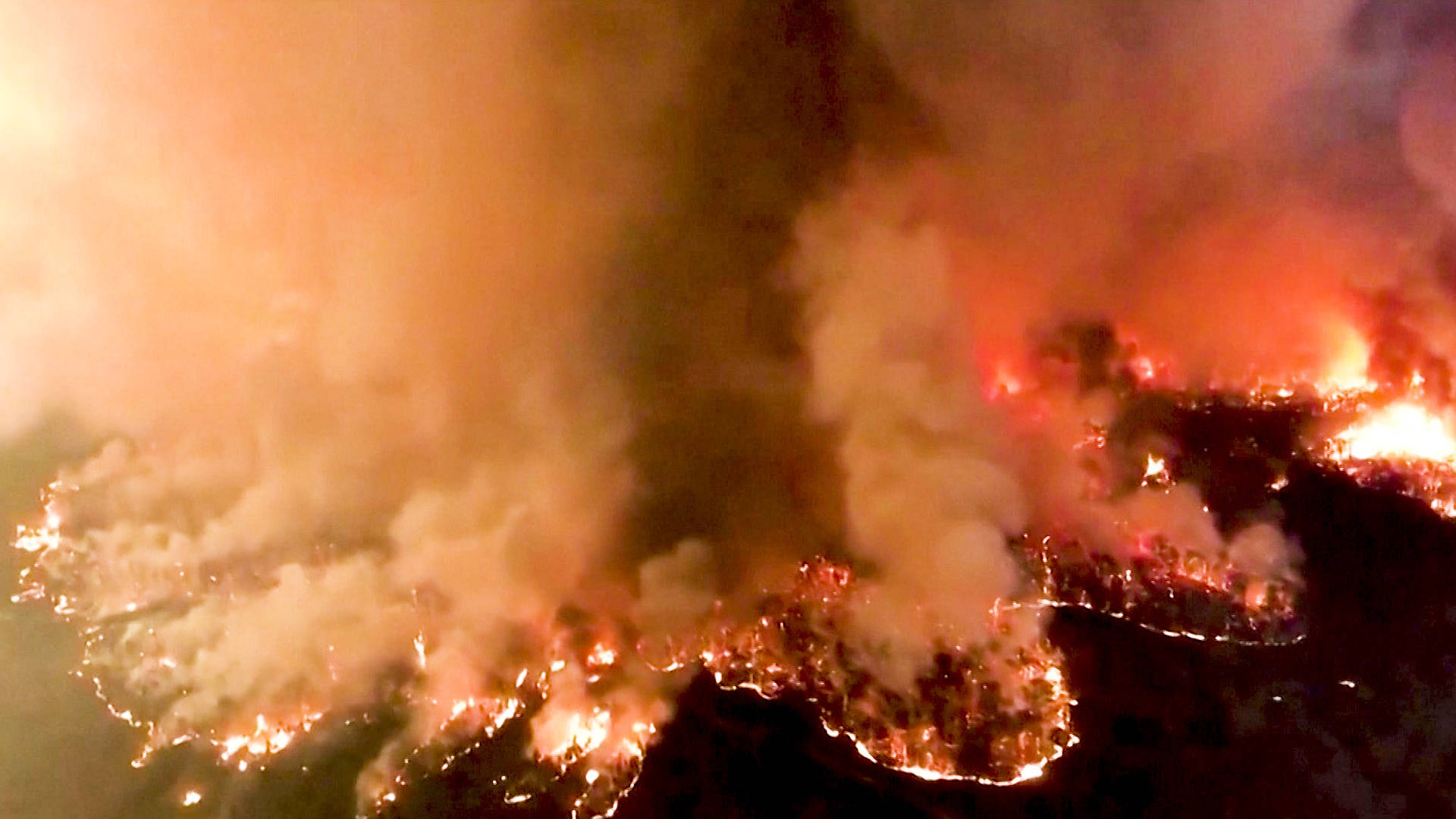 Australia is bracing for what is expected to be the worst weekend yet in an already devastating climate-fueled wildfire season that has ravaged the southeastern part of the country, killed at least 18 people and nearly half a billion animals, and destroyed 14.5 million acres of land. As thousands of evacuees fled to the beaches, conservative Prime Minister Scott Morrison is facing growing outrage for his inaction on climate and close ties with the coal industry. As fires blazed in December, the prime minister went on a holiday to Hawaii. He told reporters this week that fighting the fires — not climate change — was his top priority. On Thursday, Morrison was shouted out of the town of Carbago after being confronted by angry fire victims. We go to Melbourne, Australia, to speak with Tim Flannery, chief councilor at the Australian-based Climate Council.