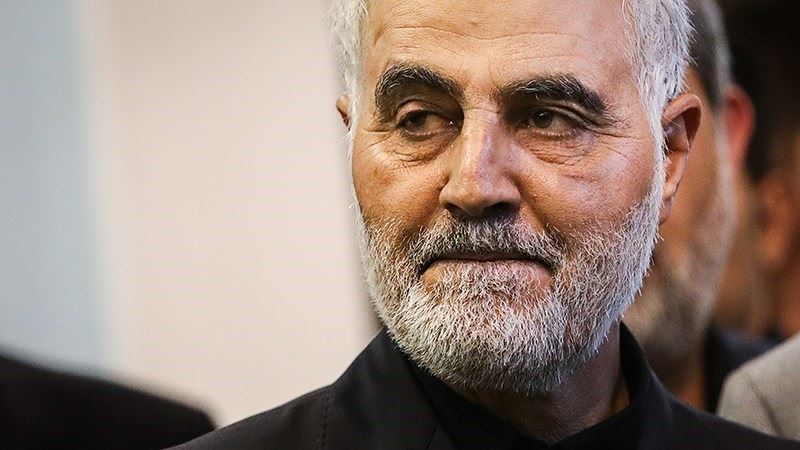 The U.S. assassination of a top Iranian military commander in Iraq has sparked statements of concern from around the world as countries brace for fallout from one of the most serious Iran-U.S. escalations in decades.

Tehran responded with threats of reprisals after the United States announced that it had targeted Qasem Soleimani, the longtime head of an elite unit of Iran’s Islamic Revolutionary Guards Corps (IRGC) unit known as the Quds Force, in an air strike outside the Iraqi capital on January 3.

“The cycle of violence, provocations and retaliations which we have witnessed In Iraq over the past few weeks has to stop. Further escalation must be avoided at all cost,” European Council President Charles Michel said in a statement.

He said Iraq “remains a very fragile country” and warned that “the risk is a generalized flare-up of violence in the whole region and the rise of obscure forces of terrorism that thrive at times of religious and nationalist tensions.”

Russia and China, which along with European powers have sought to keep a 4-year-old nuclear deal with Tehran alive since Washington withdrew in 2018, were quick to warn against military intervention to resolve disputes.

Beijing decried “the use of force in international relations” and said Iraqi sovereignty and territorial integrity should be respected, according to the AFP news agency.

Russia, which has pursued closer ties with Tehran as U.S.-Iranian tensions mounted, called the U.S. killing of Soleimani “reckless.”

Moscow and Tehran have backed Syrian President Bashar al-Assad in his years-long war against radical Sunni Islamists and other foes of his government in Damascus, and each has historically eyed Turkish regional influence warily.

Soleimani was widely regarded as an architect of Assad’s war against the rebels in Syria.

“We regard the killing of Soleimani as a result of an American missile strike on the outskirts of Baghdad as a reckless step which could lead to a growth of tensions across the region,” the Russian Foreign Ministry said, according to Interfax.

Foreign Ministry spokeswoman Maria Zakharova in a Facebook post criticized U.S. actions in the UN Security Council before commenting on the Soleimani killing, saying that “in addition to the escalation of tensions in the region, which will surely hit millions of people, it will not lead to anything.”

French Junior Foreign Minister Amelie de Montchalin told RTL radio that “We have woken up to a more dangerous world.”

“In such operations, when can see an escalation is under way, but what we want above all is stability and de-escalation,” de Montchalin said.

“What is happening is what we feared: tensions between the United States and Iran are increasing,” she said.

Tensions between the United States and Iran have mounted since U.S. President Donald Trump withdrew from the so-called Joint Comprehensive Plan of Action (JCPOA), which traded curbs on Iran’s nuclear activities for relief from international sanctions.

Trump’s administration has called the pullout and resulting sanctions part of a “maximum pressure” policy on Iran that also included the designation of the Quds Force as a “foreign terrorist organization.”

“Our role is not to take sides, but to talk with everyone,” she added.

“Further conflict is in none of our interests,” he said in a statement on January 3, adding that Britain had recognized the “aggressive threat” posed by the Quds Force under Soleimani’s leadership.

U.K. bases in the Middle East have increased their security and readiness, a Defense Ministry spokesman was quoted by Reuters as saying.

U.S. Secretary of State Mike Pompeo tweeted later on January 3 that he had spoken to Raab and was “thankful that our allies recognize the continuing aggressive threats posed by the Iranian Quds Force.” He also said the United States “remains committed to de-escalation.”

Israel regards Iran’s Quds Force as the prime mover behind a network of anti-Israeli foes and has targeted the Iranian unit’s presence in Syria on several occasions.

Hizballah, the Lebanon-based Shi’ite group that was founded with Iranian help in the 1980s, called on a “resistance” around the world to avenge Soleimani’s death, AFP reported.

“Meting out the appropriate punishment to these criminal assassins…will be the responsibility and task of all resistance fighters worldwide,” said the group, which remains heavily reliant on Iranian military and financial support.

Iranian Supreme Leader Ayatollah Ali Khamenei warned of “severe retaliation” against the “criminals” who killed Soleimani, who had led efforts to help Syrian and Iranian troops beat back anti-government forces in both those countries, including Islamic State (IS) militants.

Soleimani, whom analysts saw as Iran’s real power broker when it came to policies of war and peace, had visited Baghdad regularly to meet with senior Iraqi officials and is thought to be the force behind the rise of pro-Iranian paramilitaries in Iraq.

Multiple U.S. reports in the past week have quoted unnamed officials suggesting that Iran was orchestrating recent attacks on Iraqi bases that house U.S. troops.

An Iranian Foreign Ministry spokesman, Abbas Musavi, denied any Iranian role and called such allegations “a blatant insult to the people of Iraq.”

On January 3, Iraqi Prime Minister Adil Abdul-Mahdi called the U.S. strike “an outrageous breach of the conditions for the presence of U.S. forces in Iraq.”

“Carrying out liquidation operations against Iraqi leadership figures on Iraqi soil is a flagrant violation of Iraqi sovereignty, a blatant attack on the dignity of the country, and a dangerous escalation that could ignite a devastating war in Iraq, the region, and the world,” he said.

Abdul-Mahdi resigned last month amid public protests over government failures and concern at perceived Iranian influence in Iraq, as well as at the political system put in place after the U.S.-led coalition ousted Saddam Hussein in 2003, but he has stayed on atop a caretaker government.

With reporting by AFP, AP, dpa, and Reuters