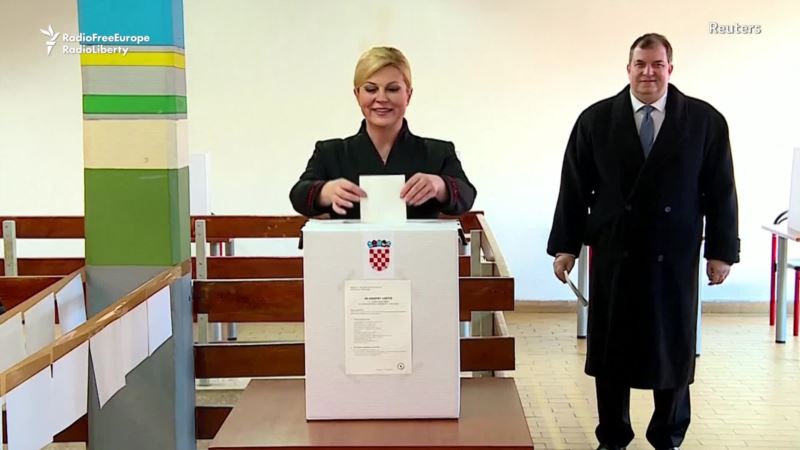 The presidency is mostly a ceremonial post, but experts say that Grabar-Kitarovic’s election defeat could mean trouble for HDZ’s moderate prime minister, Andrej Plenkovic, in next year’s general elections.

The HDZ has led the country for most of the time since independence in 1991.

The runoff vote occurred days after Zagreb took over the European Union’s rotating presidency for a six-month term likely to be highlighted by the drive for membership by some of Croatia’s fellow Western Balkan states.

Plenkovic on January 2 said his country would work to help “unblock the process” surrounding EU membership talks with Albania and North Macedonia while it holds the EU presidency.

France and the Netherlands have halted the opening of membership talks with the two small countries, sparking disappointment in the Western Balkans as Russia and China vie for influence in the volatile region.

Based on reporting by dpa, AFP, AP, and Reuters