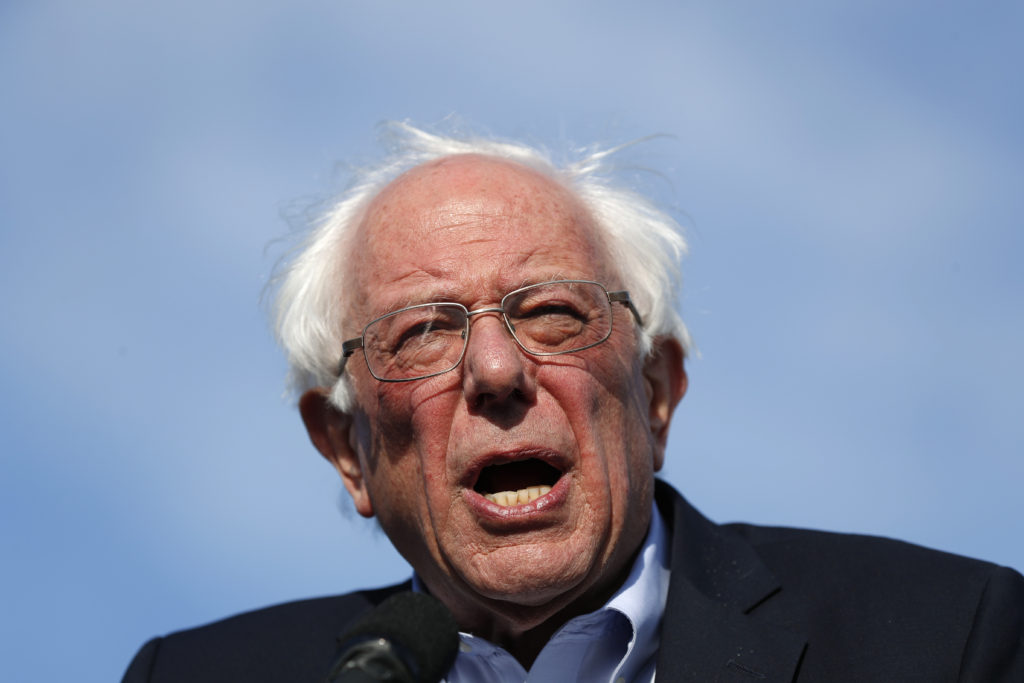 Bernie Sanders is surging in the 2020 Democratic presidential primary polls, and, as CNN analyst Harry Enten wrote Sunday, “It’s becoming more apparent” that the Vermont senator and former Vice President Joe Biden “are the candidates to beat.” Sanders, according to Enten, has an extra advantage: “Biden’s fundraising is not anywhere near as strong as Sanders’.” As a recent Politico story observed, Sanders’ campaign is “being taken seriously” among Democratic party insiders.

Sanders’ ascension is scaring acolytes of former President Barack Obama, but according to a new story from the Daily Beast, they can’t figure out a way to stop him.

“As Sanders gained new flashes of traction in recent weeks,” the Daily Beast reports, “the former president’s lack of official guidance to halt his momentum, and the scattering of his inner circle to rival campaigns, have hampered any meaningful NeverBernie movement.”

In fact, writer Hanna Trudo continues, “the most striking aspect of Obamaworld’s response to Sanders … is the lack of a cohesive one.” It’s possible they’re just hoping that Sanders fades away on his own.

That seems to be Neera Tanden’s strategy. The president of the Center for American Progress and former policy director for the Obama campaign told The Daily Beast, “Money is important but doesn’t always translate to votes.”

Other former Obama aides, many of whom declined to give their names, pointed to the emergence of Sen. Elizabeth Warren, D-Mass., as a formidable progressive opponent and a reason the Sanders campaign could fizzle out. They also mentioned Biden’s strong support among black voters, a demographic with which Sanders has previously struggled.

One former top Obama adviser, who chose to remain anonymous, believes that while Sanders may stay flush with cash, “he’s going to be a zombie candidate. You can go anywhere and still be dead,” emphasizing that Sanders isn’t enough of a threat to merit a large opposition strategy.

Another former Obama aide believes Sanders’ supporters are insufficiently supportive of Obama’s legacy: “If you read between the lines of what the Sanders folks are saying about the rationale of his candidacy, it is based on their belief that Barack Obama was not progressive,” adding, “there is a fundamental flaw in the Sanders candidacy relative to the Obama coalition and it’s because they’ve continually undermined President Obama.”

Obama himself has yet to endorse a candidate in the primary, but as the Daily Beast points out, he hasn’t been very complimentary of the more progressive wing of the Democratic Party. He told donors in November not to pay too much attention to “certain left-leaning Twitter feeds or the activist wing of our party.”

With Sanders in the top three in multiple state and national polls, and with his coalition becoming increasingly diverse, the mainstream wing of the Democratic Party may have a more formidable on their left than they think.