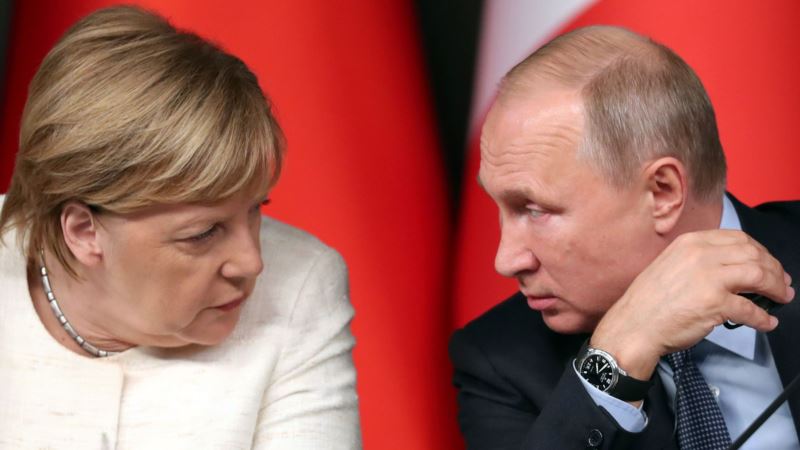 The Kremlin has announced that German Chancellor Angela Merkel has accepted an invitation from Russian President Vladimir Putin to visit Russia on January 11.

Putin’s press service said on January 6 that Putin and Merkel would discuss the crisis in Middle East that has been growing since a U.S. drone attack on January 3 killed the leader of Iran’s Quds Force, Qasem Soleimani.

The Kremlin said the two leaders also plan to discuss the situations in Syria, Libya, and Ukraine.

A statement from Merkel’s office confirmed that the German chancellor planned to visit Russia on January 11 to meet with Putin in Moscow.

Seibert said Russia was “an important player on the world stage and, as a permanent member of the [United Nations] Security Council, it’s indispensable when it comes to solving conflicts in the world.”

Germany is currently a nonpermanent member of the UN Security Council.

Germany and Russia are among world powers that have been trying to salvage the 2015 nuclear deal with Iran after the U.S. withdrew from the agreement unilaterally in 2018.

Based on reporting by Reuters, AP, dpa, TASS, and Interfax