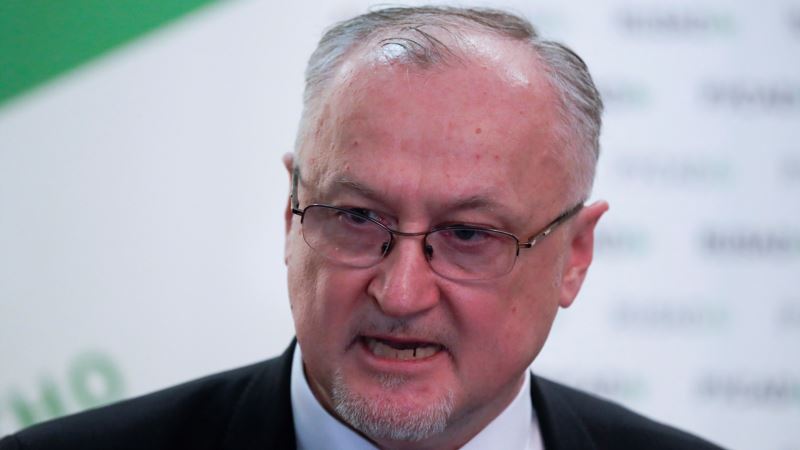 MOSCOW — The head of the Russian Anti-Doping Agency (RUSADA) says his country has little chance to win its appeal against a ban that prevents Russia from participating in major sporting events during the next four years.

Yury Ganus told RFE/RL on January 3 that Russian athletes might be banned from participating in international sports events even under a neutral flag.

“Not everyone in our country fully understands that the [appeal] hearings will be public, that during the hearings at the CAS [Court of Arbitration for Sport] the world will learn about…the real goals of Russia’s sports officials,” Ganus said.

“And when the world learns about it, it will be a blast, everybody will stand dumbfounded… And therefore, the hearings will be a huge blow to the reputation” of Russia, he added.

WADA has determined that the copy of a database it received from Russia’s national drug-testing laboratory was intentionally altered. That led to the decision to declare RUSADA noncompliant and to impose the four-year ban against Russian sports teams.

The ban means Russia’s flag and anthem will not be allowed at events such as the Tokyo 2020 Olympics and soccer’s 2022 World Cup in Qatar.

Ganus saID the ban will, in fact, have a longer impact.

“It is a four-year ban, but also during those four years Russia will not be allowed to nominate itself to host further competitions,” Ganus said. “That means there will be no international tournaments in Russia in the next eight or nine years.”

“That is inconceivable,” he said. “We have a large and excellent sport infrastructure. In the last several years it was renovated, large amounts were invested. And now, for eight or nine years, it will stay suspended,”

Prime Minister Dmitry Medvedev has said that WADA’s decision was a “continuation of anti-Russian hysteria.”

Ganus called such statements “special rhetoric to deflect the blame.”

“That kind of work must be built up not just on the principles of the Olympics but also on those of integration, transparency, and trust,” Ganus said.

Russia has formally appealed to the CAS over WADA’s decision.

WADA President Craig Reedie supported the decision, saying his agency will defend it with the “utmost vigor.”

In 2016, WADA concluded that Russia had operated a “state-sponsored” doping program that involved a Russian intelligence agency and other officials.

A Russian court in 2017 issued an arrest warrant for former RUSADA chief Grigory Rodchenkov, who claimed to have helped orchestrate the doping program before he turned into a whistle-blower and fled for the United States.

Ganus said he was confident Russia must focus on further integration with international sports organizations.

“It is our common goal, common problem, common calamity, common temptation — doping,” Ganus said, adding that RUSADA will do its best to tackle the problem with the help of international organizations.