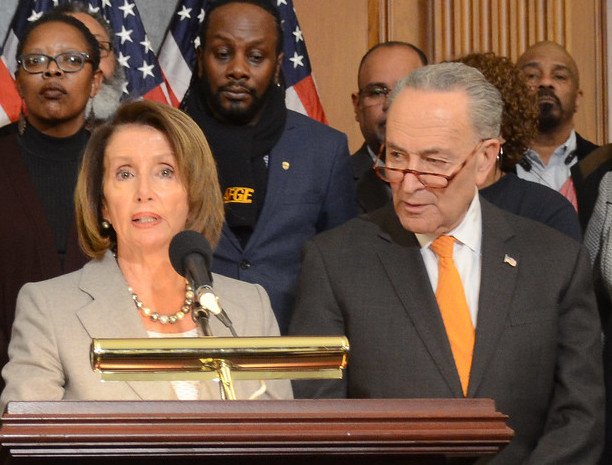 Top Democrats are “stunned” that Trump impulsively ordered the killing of “the commanding general of a sovereign government” (New York Times) – Iran’s Maj. Gen. Qassim Soliemani –on the sovereign territory of Iraq without the permission of Iraq’s government. The imperial assassination of Soliemani is a criminal act of war guaranteed to provoke a reaction that could produce a regional war involving U.S. forces in the Middle East.

Liberal politicians, talking heads, and pundits are alarmed at Trump’s statements that a war with Iran “would be over very quickly” – a clear suggestion that he might employ nuclear weapons – and his promise of massive retaliation (“52 strikes”)when Iran strikes back.

But there’s no basis for establishment shock and surprise. Trump is an amoral militarist and faux-isolationist who opened his presidency by going to the CIA’s headquarters to complain that the United States had gone too long without “winning wars” and to say that the U.S. might have another chance to invade Iraq and “get the oil.”

Trump has complained that he doesn’t see why the United States has a giant nuclear arsenal if it can never use it and has advocated giving nuclear weapons technology to the arch-reactionary and absolutist Saudi Arabian regime.

Trump has out-paced his murderous predecessor Barack Obama as the all-time targeted assassination drone-killer. And impulsivity has been a hallmark of his presidency from day one.

Trump is also concerned about his low approval rates and an imminent impeachment trial heading into the 2020 presidential election. He has a strong “wag the dog” incentive to move the headlines off his domestic political trials and try to “unify the nation” around the flag and fog of war.

At the same time, Democrats and their media allies have little moral ground to stand on when it comes to criticizing Trump’s action. From the beginning of Trump’s anti-Iran and Teheran-provoking- and punishing presidency (replete with previous war-scares and a brutal sanctions regime imposed after Trump pulled out of Obama’s nuclear deal with Iran) and before, Democrats and the “liberal” media have fully participated in advancing the ludicrous imperial notion that Iran is a uniquely evil, dangerous, belligerent, destabilizing, and terrorist actor in the Middle East – the region’s top malign aggressor.

It’s an absurd narrative. The most truly aggressive, destructive, and malevolent state actor in the Middle East beyond the racist occupation and apartheid state of Israel (a U.S. ally and the region’s preeminent military power) and Superpower itself (the U.S. has murdered well more than a million Iraqis since 1990 and is the sponsor of Saudi Arabia and Israel) – is the U.S.-backed Saudi kingdom.

The Saudis spend four times as much on military force power as Iran and are equipped with far superior U.S.-linked weapons systems.

The regional power that’s wreaking havoc in Yemen isn’t Iran. It’s the Saudi regime, which has joined with the United Arab Emirates and taken military assistance from the U.S. to impose an epic humanitarian crisis by blockading and bombing Yemen.

The regional power providing the great majority of state support for jihadist groups like ISIS and Al Qaeda isn’t majority Shiite-Muslim Iran. It’s the Sunni-Muslim Saudi regime, along with other Sunni-led Gulf monarchies.

By comparison to the Saudis and Israel, Iran is a defensive power. Its modest interventions beyond its borders are about standard realpolitik defense of regional allies (the Houthi rebels in Yemen, Hezbollah in Lebanon, Hamas in Palestine, the Assad regime in Syria, and the Shiite government in Baghdad), not destabilizing regime change and terrorism.

It’s always been a dangerous game. By playing along with “the Trump administration’s description of Iran as singularly irrational and menacing,” the liberal journalist Peter Beinart argued last year, “Democrats help ensure that normalized U.S.-Iran relations are impossible” and that “the prospect of war…will return again and again.” By opposing war with Iran while they continue to advance the Evil Teheran narrative, Beinart rightly noted, “Democrats may believe they’re splitting the difference. But if they can’t describe Iran as a normal regional power…they can’t effectively challenge the sanctions the Trump administration keeps piling on the Islamic Republic.” And “over time,” as in Iraq in the 1990s and early 21st century, “permanent sanctions can become a formula for military conflict,” Beinart added.

As the latest crisis has unfolded it has been darkly amusing to watch “liberal” talking heads like CNN’s Anderson Cooper (a former CIA intern) and Fareed Zakaria (a Council on Foreign Relations hack) play along with the notion that Soliemani “deserved” his fiery murder because he “had the blood of American soldiers on his hands.” The U.S. troops Soliemani is accused of killing were enlisted in a criminal Empire occupying foreign lands. That Empire has killed Iraqis and others across the Middle East, Southwest Asia, and northern Africa in the millions. But U.S. imperialism and crimes are of unmentionable on CNN.

The main problem with Trump’s action as depicted in much of the “liberal” media isn’t that it was an imperial war crime. It’s that it was ordered by the wrong president, an irresponsible narcissist who lacks the proper imperial credentials and credentials for carrying out such a deadly, provocative, and sensitive transgression. The message is clear: it would have been fine for Obama to kill Soliemani. It would be okay for Joe Biden or former U.S. Army intelligence officer Pete Butiggieg to commit the crime.

It is reflexively taken for doctrinal granted by “liberal” Democrats no less than Republicans that the United States possesses the right to maintain a massive and lethal military and political presence in and around the oil-rich Middle East. It’s okay because, as the liberal imperialist Bill Clinton’s’ liberal imperialist Secretary of State Madeline Albright once said, “we [the United States] are good.”

Remember Albright? She’s the former Madame Secretary who worries about fascism and who once told CBS News that the murder of half a million Iraqi children by U.S. economic sanctions was a “price worth paying” for the advance of Washington’s inherently noble foreign policy goals.

On the night of Soliemani’s assassination, Cooper told leading U.S. “foreign policy” (imperialism) talking heads Zakaria, Dexter Filkins, and Max Boot that “thousands of Americans died to bring democracy to Iraq.” The “expert panel” nodded along with this hopelessly ridiculous statement. These know-it-all Know Nothing apparatchiks of American Empire, Fake Resistance, and Inauthentic Opposition really believe that kind of bullshit – or at least know well enough to act like they do.

Two Democratic presidential candidates for their part, seem to think that the main problem with