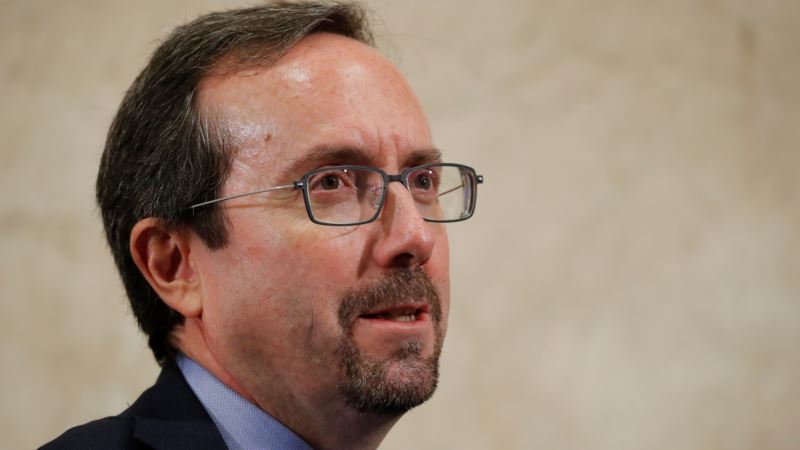 The U.S. ambassador to Afghanistan, John Bass, left Kabul on January 6 as his two-year tenure at the post ended.

The U.S. State Department says Washington is appointing a charge d’affaires to serve as a temporary replacement for Bass until a new ambassador is agreed upon.

In a statement, the State Department said Bass “skillfully advanced the Trump Administration’s goal of reaching a political settlement in Afghanistan that ensures terrorists can never again threaten the United States from Afghan soil while leading a large diplomatic mission in the face of numerous security threats.”

The on-again off-again talks between the United States and the Taliban currently appear to have stalled.

The latest problem in the talks appears to be the issue of what a cease-fire or reduction of violence might look like if Taliban fighters agree on a truce.

In a tweet bidding Afghanistan farewell, Bass said he hoped “leaders and citizens” across Afghanistan will “find strength in unity, put aside their differences, and work together to negotiate a political settlement with the Taliban.”

“Afghans and this beautiful country deserve nothing less,” Bass said.

The departure of Bass from Afghanistan comes amid heightened tensions between Iran and the United States since a U.S. air strike in Baghdad on January 3 killed Iran’s top military general, Quds Force commander Qasem Soleimani.