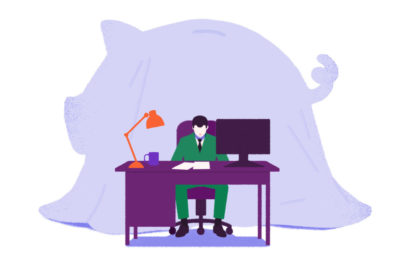 When professors moonlight, the income may influence their research and policy views. Although most universities track this outside work, the records have rarely been accessible to the public, potentially obscuring conflicts of interests.

That changed last month when ProPublica launched Dollars for Profs, an interactive database that, for the first time ever, allows you to look up more than 37,000 faculty and staff disclosures from about 20 public universities and the National Institutes of Health.

We believe there are hundreds of stories in this database, and we hope to tell as many as possible. Already, we’ve revealed how the University of California’s weak monitoring of conflicts has allowed faculty members to underreport their outside income, potentially depriving the university of millions of dollars. In addition, using a database of NIH records, we found that health researchers have acknowledged a total of at least $188 million in financial conflicts of interest since 2012.

We hope journalists all over the country will look into the database and find more. Here are tips for local education reporters, college newspaper journalists and anyone else who wants to hold academia accountable on how to dig into the disclosures.

1. Dig into academic fields that are fraught with industry relationships.

We were able to collect records from about 20 public universities, as well as for NIH-funded researchers across public and private universities, hospitals and research centers. Our database includes records related to a wide range of outside funding, such as:

All of these activities could potentially create conflicts of interest for faculty members, if their outside income relates to the same subject as their teaching or research.

Using Dollars for Profs, you can search for a company to see its payments to professors and researchers. For example, you’ll find more than 100 disclosures related to pharmaceutical company Pfizer and 50 involving medical device maker Medtronic.

Read our reporting on how a renowned scientist became an expert witness, helping alleged abusers avoid prison and regain custody of the babies they were accused of harming: “The Child Abuse Contrarian.”

Check out how elite economists leveraged their academic prestige with secret reports justifying corporate mergers: “These Professors Make More Than a Thousand Bucks an Hour Peddling Mega-Mergers.” ProPublica found that their predictions were often wrong, and consumers paid the price.

2. Faculty may be underreporting their outside work, in violation of university rules.

Many universities require faculty to disclose all of their external activities, but we found that professors often fail to report all of their income-generating outside work. These omissions may violate not only university policy but also state or federal law.

With our Dollars for Profs interactive database, you can look up professors and other university staff to see what they disclose and cross-check their disclosures against other sources to uncover omissions.

Explore our interactive database, Dollars for Docs, which allows you to look up federal data on payments from pharmaceutical and medical device companies to doctors.

3. Outside conflicts may influence the findings of taxpayer-funded research.

Every year, the NIH provides more than $30 billion in grant funding to researchers at universities and other academic centers. To obtain funding, researchers must declare any conflicts of interests that could influence their research or findings. Since 2012, federally funded health researchers have reported more than 8,000 “significant” financial conflicts of interest worth at least $188 million, according to a database that ProPublica obtained through a records request.

Using Dollars for Profs, you can look up the conflict of interest disclosures of NIH-funded researchers. We also provide the raw data in our Data Store. 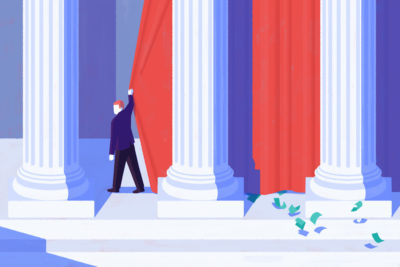 Dive into our data analysis that we conducted using a database of conflicts from the National Institutes of Health: “Federally Funded Health Researchers Disclose at Least $188 Million in Conflicts of Interest. Can You Trust Their Findings?”

4. Don’t see a professor in your database? Send out your own public records requests.

For this project, we filed a records request with at least one public university in every state. About 30 states denied our requests for disclosure records. Just because you’re unable to find a professor’s disclosures in Dollars for Profs doesn’t mean the records don’t exist. Some state universities may release records for individual professors, even if they denied our request for their full database of disclosures.

All states have laws that allow the public to access government records, data and documents. And nearly all state universities are subject to these records laws, although they often withhold documents on the basis of exceptions, such as privacy or personnel record restrictions.

Check out our story on how we assembled our state-by-state database of professors’ outside income and employment using public records laws: “We Asked Public Universities for Their Professors’ Conflicts of Interest — and Got the Runaround.”