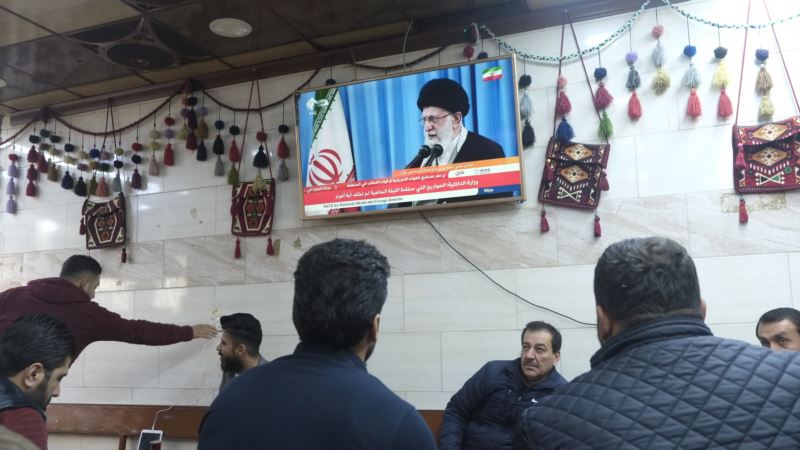 Iran’s overnight ballistic missile attacks against U.S. targets in Iraq have raised global concerns about an armed conflict spiraling out of control in the Middle East.

Thomas Warrick, a senior fellow at the Washington-based Atlantic Council, said in an initial assessment that the “crucial” question about what happens next is whether the attacks from Iran caused any American casualties.

“[U.S.] President [Donald] Trump has been very clear that causing American casualties is a red line for him,” Warrick told VOA early on January 8 as the Pentagon was still carrying out its initial damage assessment.

“It’s clear that that the world could wake up to a situation where Iran and the United States would find themselves at war, or possibly, that we’re in for a period of more tension,” Warrick said.

Trump tweeted shortly after the missile attacks, “All is well!” He said: “So far, so good” regarding U.S. casualties.

Meanwhile, Iraqi Prime Minister Adil Abdul-Mahdi said shortly after noon in Baghdad on January 8 that his government had received no reports of casualties among Iraqi military forces or U.S.-led international coalition forces.

Officials in Britain, Germany, France, Poland, Denmark, and Finland also have confirmed that none of their troops stationed in Iraq were killed or injured by the Iranian missiles.

Iranian state television claimed, without offering evidence, that the strikes killed “at least 80 terrorist U.S soldiers.” Iranian state TV also claimed the missile attacks damaged helicopters, drones, and other equipment at the Ain al-Asad Air Base in western Iraq, which hosts both U.S. and British troops.

If there were significant American casualties from the Iranian missile attacks, Warrick said he has no doubt that “strikes against the Iranian homeland will be ordered by President Trump.”

“He would be most likely targeting the places from which these missiles were fired and other military facilities that are well-known to the United States,” Warrick said, adding that it is “quite possible we could end up with the militaries of Iran and the United States firing at each other over the next several days.”

“U.S. officials have been extremely clear that any attack that kills Americans is going to be met with overwhelming U.S. military force,” Warrick said. “It will be a level of force that Iran is simply not going to be able to match.”

Steven David, a professor of International Relations at John Hopkins University, said it was significant that the missile attacks were launched from Iranian territory because the source is clear and undeniable.

David also said Iran’s use of ballistic missiles rather than short-range rockets fired by its proxy militia fighters within Iraq was “an escalation.”

“A ballistic missile is an order of magnitude more serious than a rocket,” David told VOA early on January 8. “When we think of ballistic missiles, we also think of nuclear missiles which, fortunately, Iran does not have. But its connotation is one that is very frightening. And it shows that the Iranians really mean business.”

When asked whether there is a path for Washington and Tehran to de-escalate the growing conflict, David said Iran has sent the message that it “is not going to sit still from what they consider to be an American provocation.”

“I think what to expect next is an American retaliation,” David said. “Then I expect American allies in Europe, the United Nations, and others — everyone — to say it’s time to get an off-ramp to these hostilities.”

“It’s hard for me to imagine America standing by and not doing anything,” David explained, adding that further U.S. strikes could lead Tehran to carry out attacks against Saudi Arabia and Israel or attempt to launch cyberattacks against the United States.

“This is very frightening,” David said. “You’ve got two leaders in two countries, neither of which wants to back down. They’re armed with all kinds of weapons — ballistic missiles, cruise missiles, aircraft, chemical weapons, cyberweapons.”

“I hope cooler heads prevail,” David said. “I do hope that at some point both sides simmer down and allow this to de-escalate. Neither country wants this to get out of hand. To me, that’s the most positive sign in this horrible mess.”

World leaders on January 8 urged both Washington and Tehran to show restraint and prevent the situation from spinning out of control. Initial reactions from U.S. allies reflect little desire for another full-fledged war in the Middle East.

Britain’s government denounced the January 8 Iranian missile strikes, warning that a new war in the Middle East will fuel terrorism.

“We condemn this attack on Iraqi military bases hosting coalition — including British — forces,” U.K. Foreign Secretary Dominic Raab said. “We urge Iran not to repeat these reckless and dangerous attacks, and instead to pursue urgent de-escalation.”

Raab also said that war between Iran and the United States “would only benefit” Islamic State (IS) militants and “other terrorist groups.”

Kramp-Karrenbauer said “it’s now particularly up to the Iranians not to engage in further escalation.”

“We are hoping the wisdom of both sides will de-escalate the tension,” he said.

Iranian Foreign Minister Mohammad Javad Zarif said the Iranian action “was legitimate self-defense and the United States should avoid assessing it based on illusions,” Zarif said.

In an address to the country early on January 8, Iranian Supreme Leader Ayatollah Ali Khamenei said the missile attacks on Iraqi bases that are used by U.S. forces was “a slap.”

“These military actions are not sufficient [retaliation],” Khamenei said. “What is important is that the corrupt presence of America in this region comes to an end.”

With reporting by VOA, Reuters, and AP