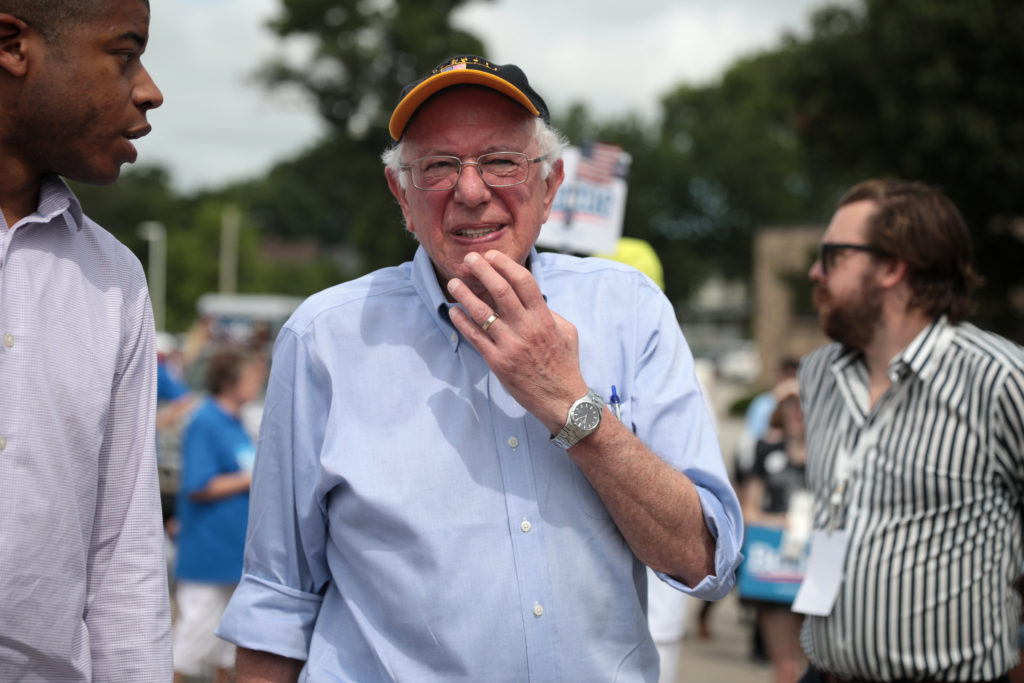 Pointing to his decades-long commitment to fighting the climate crisis and embrace of a sweeping transformation of the American energy system and economy through a Green New Deal, the youth-led Sunrise Movement on Thursday endorsed Sen. Bernie Sanders for president of the United States.

“We believe a Bernie Sanders presidency would provide the best political terrain in which to engage in and ultimately win that struggle for the world we deserve,” said Varshini Prakash, founder and the executive director of Sunrise, which has played a leading role in pushing the Green New Deal into the mainstream political conversation and pressuring lawmakers to commit to bold action.

“Senator Sanders has made it clear throughout his political career and in this campaign that he grasps the scale of the climate crisis, the urgency with which we must act to address it, and the opportunity we have in coming together to do so,” Prakash added.

The endorsement comes after a landslide vote by members in favor of endorsing the Vermont senator, who last year proposed what has been hailed as the most ambitious Green New Deal proposal put forth any 2020 Democratic presidential candidate. In an email to supporters, Sunrise said more than 75 percent of voting members chose Sanders as their first choice for president.

In a video posted to Twitter Thursday, Prakash said the U.S. needs “a president who understands the immediate threat” of the climate crisis.

“Bernie Sanders is that guy,” said Prakash. “He understands that this isn’t just about a conversation happening in Washington. This is about changing the lives of millions of working people.”

We are proud to announce that our movement has voted resoundingly to endorse @BernieSanders for President of the United States.

In a Medium post, Sunrise outlined some of the key reasons Sunrise members cited in voting to endorse Sanders:

“We are excited to be joining the movement to make Bernie Sanders the Democratic nominee for president,” Sunrise said. “We believe he can win the nomination, defeat Donald Trump in November, and usher in down-ballot victories that will help jump-start the political revolution.”