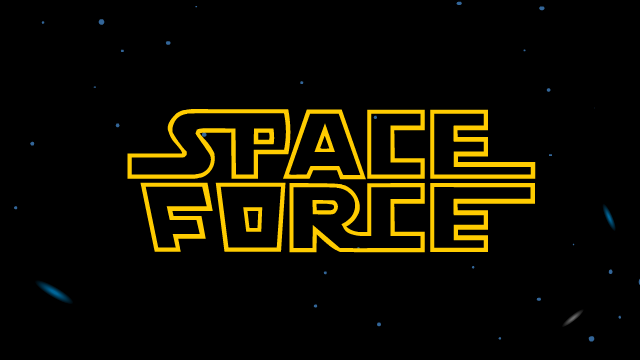 Just think how many Iranian generals Donald Trump will be able to kill once Space Force is up and running! Even though we’re focused on Iran right now, I took a look into the newly-created Space Force for this cartoon.

As it turns out, it’s a perfect Trump creation: essentially a re-brand rather than much new. Trump wanted his Space Force. He got it, although with a defense budget edict that says no new personnel. Hmmm, how does that work, you ask?

Just rename an existing part of the Air Force, “Space Force!” Air Force Space Command, which has been around since the 1980s, is now going to be known as Space Force. So much for the lava laser blasters and Moon-based death ray. Probably for the best . . .