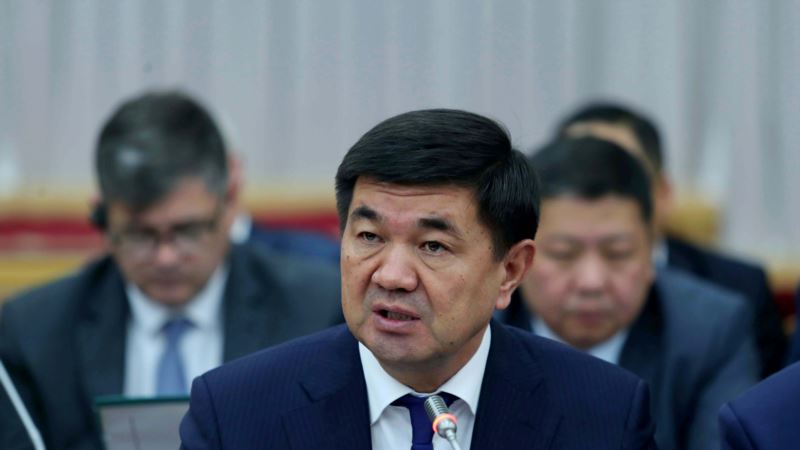 BISHKEK — Kyrgyz Prime Minister Mukhammedkalyi Abylgaziev has ordered security along the border with Tajikistan to be beefed up following an incident overnight where gunshots were fired.

The Kyrgyz Border Guard Service said in a statement on January 10 that gunshots were fired from the Tajik side, while regional authorities said they had moved 254 Kyrgyz nationals, including 139 children, from the village of Damkha, near the location of the clashes.

The Kyrgyz Foreign Ministry added that it had summoned the Tajik ambassador over the incident, in which no casualties were reported.

The segment of the Kyrgyz-Tajik border in the southern Batken region where the incident took place has seen similar clashes in the past, including at least 10 skirmishes last year.

In December, six Kyrgyz nationals and three Tajik nationals were wounded in clashes in the area, while violence in September claimed four lives.

Many border areas in Central Asian former Soviet republics have been disputed since the collapse of the Soviet Union in 1991.

The situation is particularly complicated near the numerous exclaves in the volatile Ferghana Valley, where the borders of Tajikistan, Uzbekistan, and Kyrgyzstan meet.