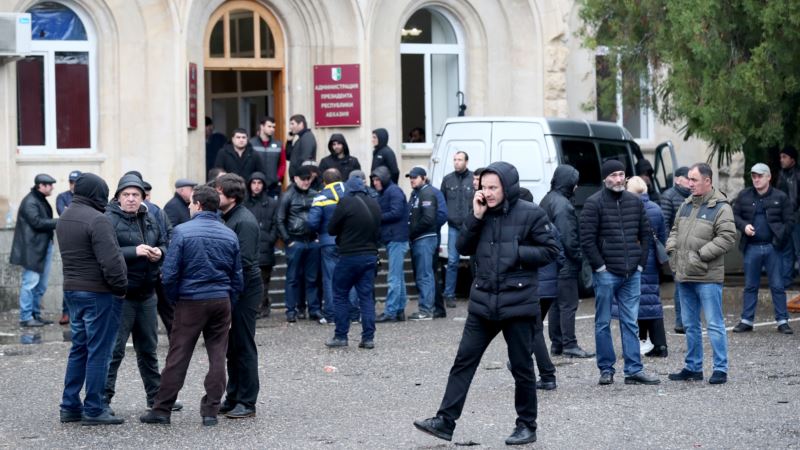 The activists gathered in front of Khajimba’s office in the regional capital, Sukhumi, for a second day on January 10, vowing to keep up the pressure until he steps aside.

Later in the day, Abkhazia’s de-facto parliament followed by also calling on Khajimba to step down.

The self-styled lawmakers said in a resolution that the move was aimed at avoiding “further destabilization in society,” which they said could have “irreparable consequences.”

Khajimba’s office responded to the resolution with a statement saying such a move may “complicate the social and political situation,” adding that “all differences must be solved solely through negotiations.”

The activists started their protest in front of the building of the region’s de facto Supreme Court, which was scheduled on January 9 to hear opposition presidential candidate Alkhas Kvitsinia’s appeal against a lower court’s decision to recognize the results of September “presidential elections” won by Khajimba.

Moscow has recognized Abkhazia and Georgia’s other separatist region, South Ossetia, as independent states after a five-day Georgia-Russia war in August 2008.

Russian troops are now stationed in the two regions and Georgia and most of the international community consider both regions to be occupied territories.