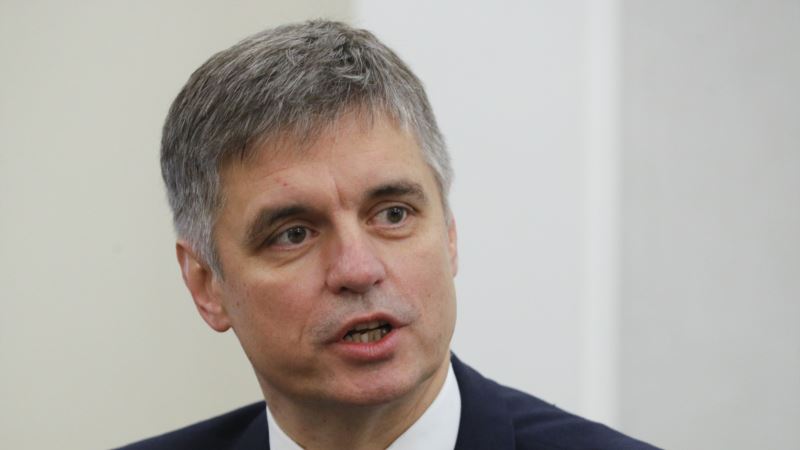 Ukrainian Foreign Minister Vadym Prystayko says his country has found no evidence of a terror attack at this point in fragments from the Ukrainian passenger airliner that crashed after takeoff from Tehran’s international airport but Kyiv wants to establish an international coalition to conduct an investigation into the January 8 tragedy.

He added at a press conference on January 10 that Ukraine has “no reason to say that the Iranian authorities do not want to work with Ukraine” in investigating the cause of the crash of Ukrainian International Airlines Flight PS 752.

Prystayko said Ukrainian authorities have been given access to the black boxes that would have been collecting data from the Boeing 737-800’s flight.

He said Ukrainian officials were not discarding any possible version of what might have happened to the plane.

Ukrainians have been given access to pieces of the body of the plane, Prystayko said, and specialists are analyzing various videos around the crash.

U.S., Canadian, and British officials have said it is “highly likely” that the Ukraine International Airlines (UIA) flight had been shot down, probably in error, by an Iranian missile.

Iranian officials have called on Western governments to share any intelligence suggesting it did so.

Prystayko said the Boeing 737-800 “turned around after something happened [but it is] hard to say why.”

The crash came hours after Iran fired 23 missiles at Iraqi bases that house U.S. troops, and some have speculated that Iranian air defenses would have been on high alert.

If it turns out that Flight PS 752 was shot down by a missile, Prystayko said, Ukraine will demand punishment of those responsible and compensation from Iran.

On board were 63 Canadians, 82 Iranians, 10 Swedes, four Afghans, three Germans, and three Britons, in addition to 11 Ukrainians, including nine crew members.