A 33-second video is viral on social media. The caption claims that the video shows BJP MPs requesting defence minister Rajnath Singh to revoke the Citizenship Amendment Act (CAA) and the National Register of Citizens (NRC). A tweet shared along with the video reads, “No media is ready to show this, 88 MP from BJP has met Rajnath Singh and requested to take back NRC and CAB.”

No media is ready to show this,

India against #CAA #NRC and #NPR 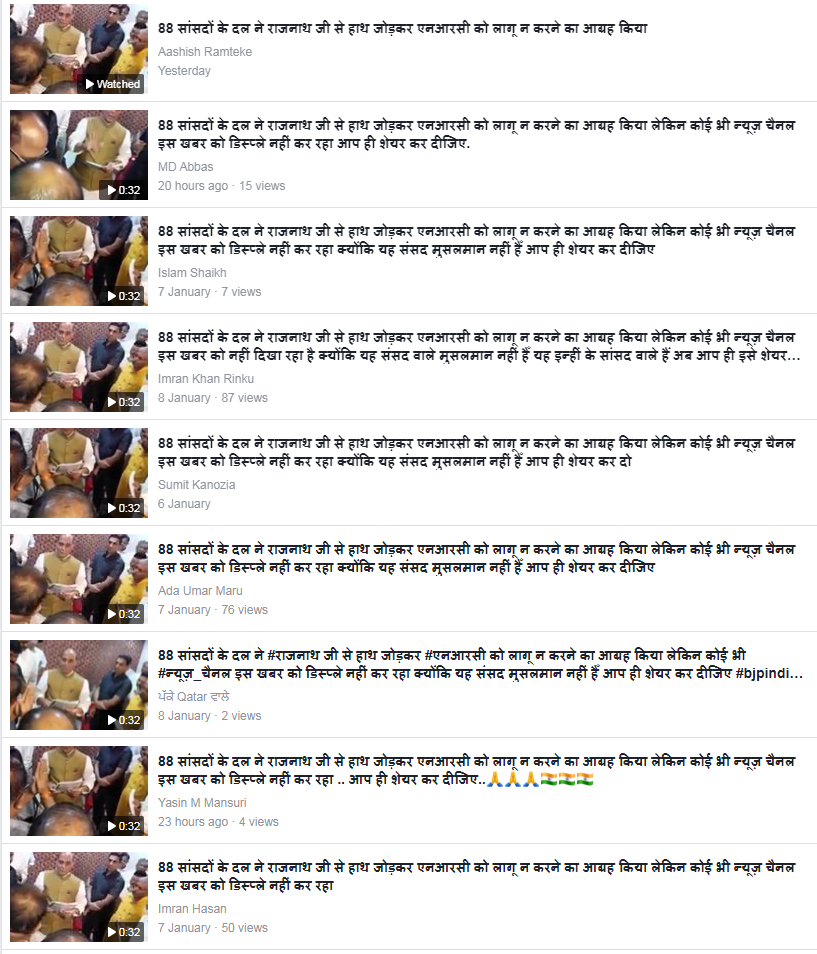 This video was uploaded on August 11, 2018, and shows BJP MLA Rajendra Singh giving his resignation to Rajnath Singh, then union home minister. This was in protest against the SC/ST Act. MLA Singh tells the union minister, “The 78% will continue to oppress the 22%. I know you very well, we have slept on the same bed together and now I am begging in front of you for that 22%.”

We found several other posts on Facebook and YouTube form 2018 which also said that the clip shows BJP MLA Rajendra Singh resigning from his post over the SC/ST Act.

As the video has existed on the internet since 2018, it cannot be representative of protests against the Citizenship Amendment Act. The claim that it shows 88 BJP MLAs requesting Rajnath Singh to roll back CAA and NRC is false.

Donate to Alt News!
Independent journalism that speaks truth to power and is free of corporate and political control is possible only when people start contributing towards the same. Please consider donating towards this endeavour to fight fake news and misinformation.