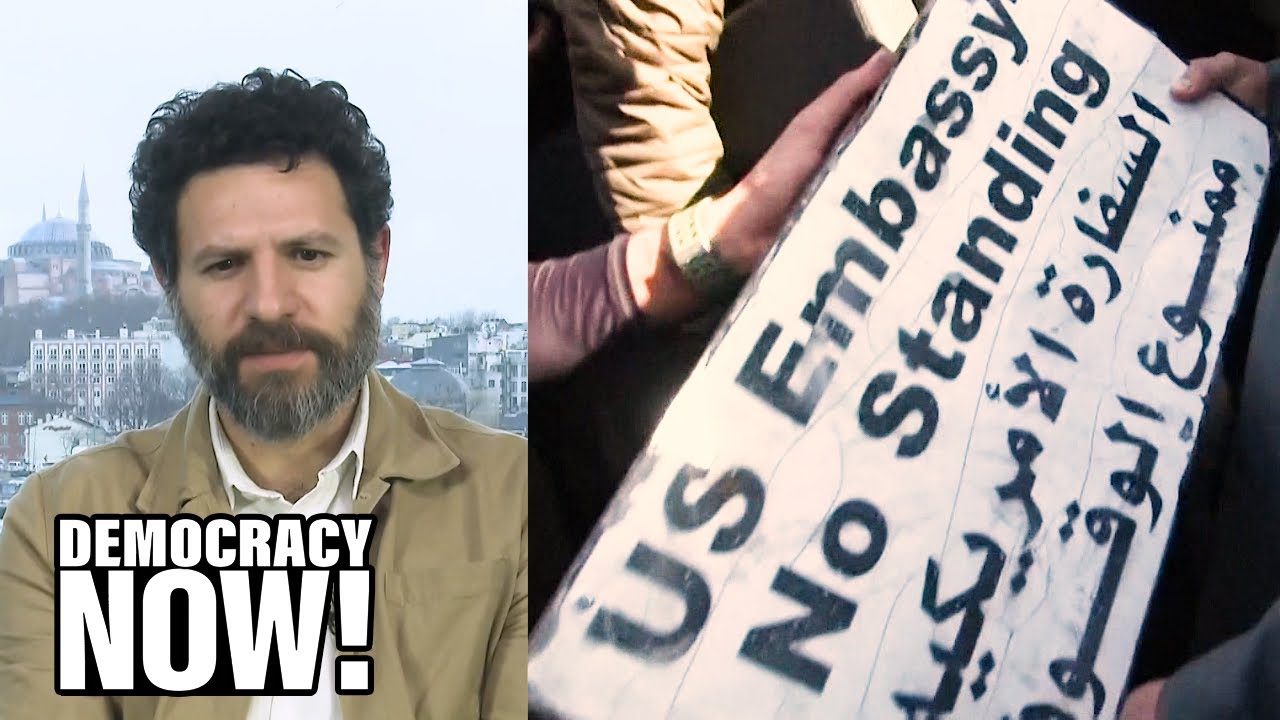 In Iraq, Iran-backed militia members withdrew from the U.S. Embassy in Baghdad’s heavily guarded Green Zone on Wednesday after being tear-gassed by American security forces. Their withdrawal ended a tense standoff that began Tuesday when militia members broke through the embassy’s reception area chanting “Death to America” while thousands rallied outside to protest a slew of U.S. airstrikes in Iraq and Syria that killed at least 24 members of the Iranian-backed militia Kata’ib Hezbollah. The U.S. airstrikes came after an American contractor was killed in a rocket attack in Kirkuk, Iraq, Friday. The embassy withdrawal was ordered by militia leaders, who said they agreed to leave after Iraqi Prime Minister Adel Abdul-Mahdi pledged to pursue legislation to force U.S. troops out of Iraq. We speak with Ghaith Abdul-Ahad, a correspondent for The Guardian newspaper.