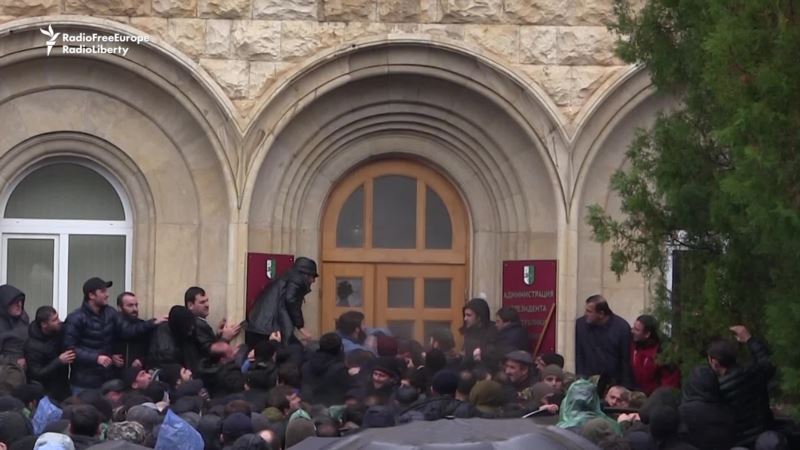 Hundreds of protesters have remained holed up in the presidential administration building in Abkhazia’s capital for a fourth day as leader Raul Khajimba defied calls to step down.

The crisis in the breakaway Georgian region erupted on January 9 when demonstrators stormed the Sukhumi building housing Khajimba’s administration, asserting the September election that he won was fraudulent.

The region’s legislature later called on Khajimba to step down.

Khajimba and his supporters have fought the ruling, and plan to appeal, the Russian news agency TASS reported.

A top-level delegation of Russian officials, including the deputy secretary of the Russian Security Council, traveled to Sukhumi to try and broker a resolution.

The Black Sea region has had de facto independence from Georgia after Georgia and Russia fought a five-day war in August 2008.

Moscow has recognized Abkhazia and another Georgian region, South Ossetia, as independent states, and Russian troops are now stationed in the two regions.

Georgia and most of the international community consider both regions to be occupied territories.

Based on reporting by TASS