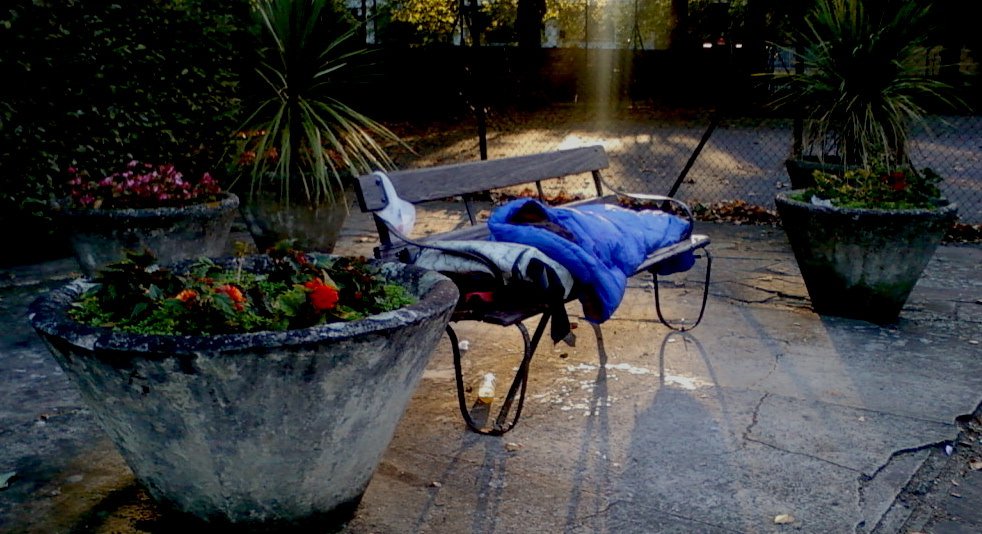 When the final Democratic debate of 2019 was held in sunny Southern California on December 19, each of the seven qualifying candidates undoubtedly had to drive past the plethora of tents and makeshift shelters that now line sidewalks and freeway underpasses on their way to the Los Angeles stage.

Yet not a single moment during the two-and-a-half hour debate was devoted to the issue of homelessness or its major underlying cause: the lack of affordable housing.

The only candidate who took the time to visit LA’s infamous skid row last December and talk about his housing plan was former Housing and Urban Development (HUD) Secretary Julián Castro—who wasn’t even invited to the debate and is now out of the race altogether. (Senator Bernie Sanders, who’s still in the race, and former Texas Representative Beto O’Rourke, who also dropped out, did visit the multi-block encampment earlier in the year.)

Surveys show that the percentage of Califorians who rank affordable housing and homelessness as among the state’s top issues is rising dramatically.

More than half of Californians are spending a third or more of their income on housing. California’s homeless population has experienced a 17 percent increase since 2007, with large numbers of people becoming homeless due to evictions and unaffordable rent.

HUD reported last month that homelessness in the United States had increased as of January 2019 by almost three percent, led by California which makes up nearly a quarter (more than 150,000 people) of the nation’s entire homeless population. An Associated Press article on this uptick ran on December 19, the same day as the Democratic debate.

Surveys show that the percentage of Califorians who rank affordable housing and homelessness as among the state’s top issues is rising dramatically.

“If it’s not the top issue, it’s in the top tier of issues here in the state of California,” David Garcia, policy director at the Terner Center for Housing Innovation at the University of California at Berkeley, says in an interview. “More and more middle-income Californians are paying a disproportionate amount of their incomes toward rent and mortgages,” and bringing it to the attention of their state legislators.

Steve Berg, vice president of programs and policy at the National Alliance to End Homelessness, explains that there are a variety of reasons why someone might be pushed to the streets, including the lack of mental health care, rising costs of general medical care, and the inability of formerly incarcerated persons to get jobs and stability. He believes it is imperative the nation turn its attention to addressing these issues.

“There are bills that members of Congress have introduced that do all these things already,” Berg says. “It’s a matter of getting those bills through and making them part of the federal policy.” His group is among many that have endorsed Senator Elizabeth Warren’s American Housing and Economic Mobility Act, a multi-faceted plan “to confront America’s housing crisis.”

Warren, Sanders, and former Vice President Joe Biden are constantly fluctuating leads in California polls. But the only note on housing or homelessness Biden has seemed to make so far is proclaiming a “housing for all” goal for all formerly incarcerated individuals.

Sanders’s “housing for all” agenda focuses on putting a 3 percent cap on rent increases, which would help people avoid being priced out of their neighborhoods—a huge concern for Californians, especially in the Bay Area. Sanders’ plan also supports fully funding the Section 8 voucher program that helps very low-income families, the elderly, and people with disabilities afford housing.

Both Warren and Sanders valiantly attempt to tackle the issue of zoning laws—a somewhat unprecedented move in terms of federal policy. They both advocate for the construction of new affordable units, with a focus on “high opportunity” areas (a.k.a wealthier, typically whiter) as we still feel the legacy of outdated, racist practices.

Paying attention to zoning, or where affordable housing is being built, is crucial as government policy up until today has created a system that disproportionately affects people of color.

“Historically, cities have used ‘single-family home’ zoning as a way to create an exclusive community that were generally all white,” versus “multi-family home” zoning which basically excludes communities of color, says Garcia. “And now today, many of our existing zoning rules kind of locked that existing zoning in place. You can overlay areas of opportunity with single-family zoning and you’ll find a pretty high match.”

The housing and homeless crisis we are currently in “didn’t just happen overnight,” adds Donald Frazier, executive director of the nonprofit group Building Opportunities for Self-Sufficiency (BOSS) in Alameda County. Rather, he says, it stems from “a lot of historical and systemic, racist policies that are impacting these communities and the lack of re-investment back into these communities.”

“Historically, cities have used ‘single-family home’ zoning as a way to create an exclusive community that were generally all white.”

Frazier highlights the problem of gentrification, which pushes people out of their neighborhoods as local governments and developers often prioritize profits over people. This comes in the form of outrageous rent increases and even evictions to accommodate high-income new-arrivals or creating profitable Airbnbs.

Yet this affects a demographic whose political power is undercut in California, as elsewhere, by statistically low voter turnout. Frazier adds that “Poor people, if they do vote, don’t have a representative or a lobbyist pushing policies as opposed to developers who are consistently spending a lot of money to push policies that benefit themselves.”

As a grassroots organization working directly with impacted communities in the Bay Area,  BOSS would like to see a restructuring at the federal level that would cut down bureaucracy and bring funding directly to the people doing the work on the ground. This note seems absent from the affordable housing plans of presidential aspirants.

California is a key state for candidates, sending the largest number of delegates to next summer’s Democratic nominating convention. The issues of housing and homelessness affect nearly everybody, but especially lower-income and people of color. Any candidate who claims to have a progressive platform worthy enough to win California needs to take these issues seriously.