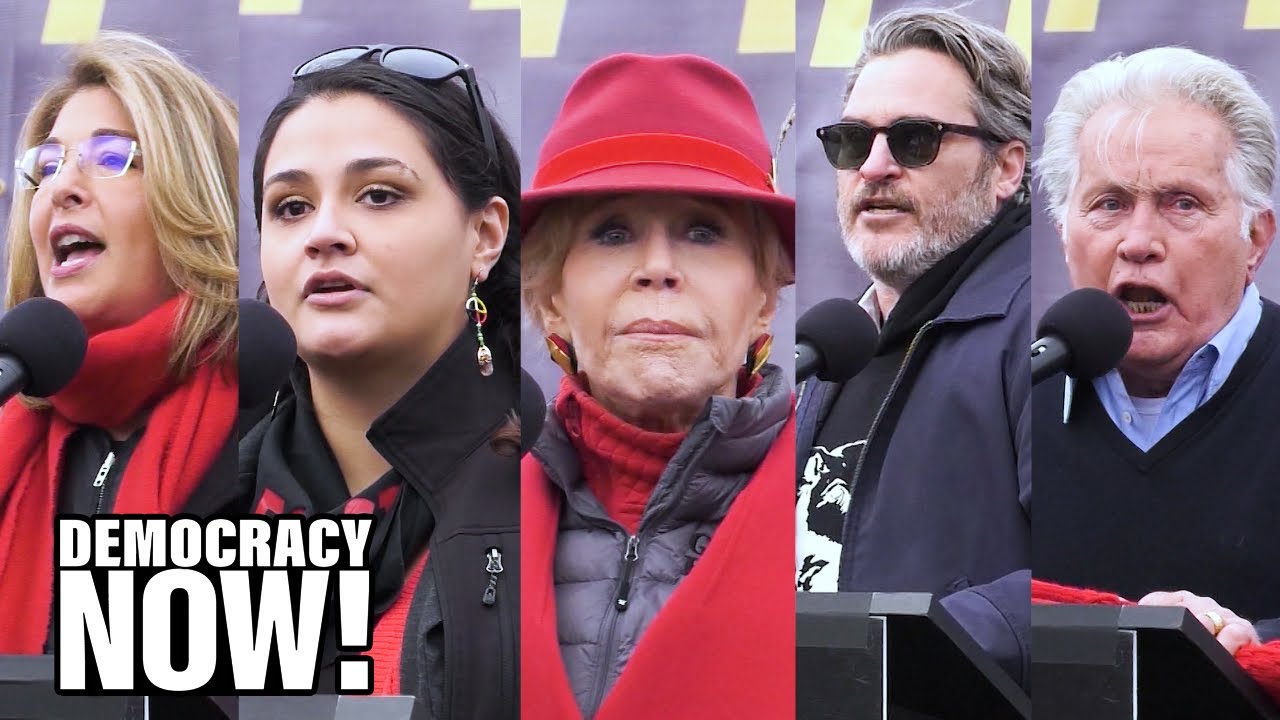 Nearly 150 people were arrested on Capitol Hill Friday in a climate protest led by Academy Award-winning actor and activist Jane Fonda. Fonda has been leading weekly climate demonstrations in Washington, D.C., known as “Fire Drill Fridays,” since October. For her last and 14th protest, actors Martin Sheen and Joaquin Phoenix, indigenous anti-pipeline activist Tara Houska, journalist Naomi Klein and dozens more lined up to get arrested as they demanded a mass uprising and swift political action to thwart the climate crisis. Fonda then marched with supporters down Pennsylvania Avenue to a Chase Bank branch where environmentalist Bill McKibben and dozens of others were occupying the space to draw attention to the bank’s ties to the fossil fuel industry. Ten, including McKibben, were arrested. The day of action was the launch of “Stop the Money Pipeline,” a campaign to halt the flow of cash from banks, investment firms and insurance companies to the fossil fuel industry. “Let us remember that we are not the criminals,” Naomi Klein told a crowd of protesters. “The criminals are the people who are letting this world burn for money.”