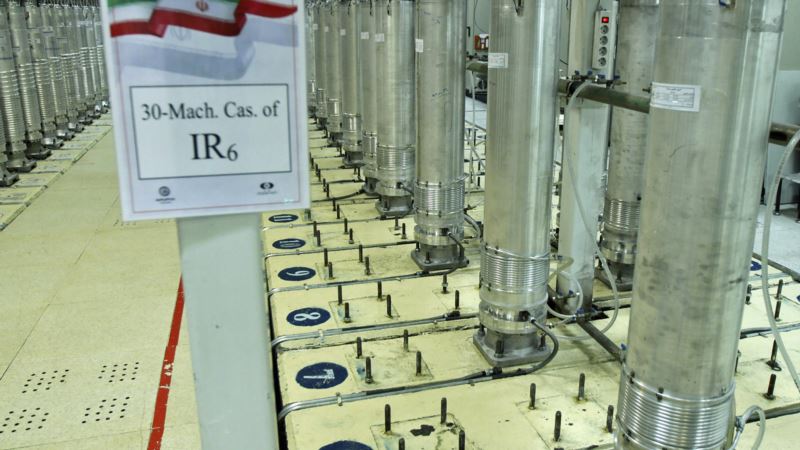 Germany, Britain, and France say they have triggered a dispute mechanism in the 2015 nuclear deal between Iran and global powers, citing Tehran’s reduced compliance with the accord.

The three European states, who signed the deal along with China, Russia, and the United States, as well as the European Union, said that while they had set off a process that could lead to UN sanctions against Iran, they were not joining Washington in its “maximum pressure” campaign.

Iran has taken several steps away from meeting its commitments to the 2015 pact since President Donald Trump announced in May 2018 that he was unilaterally pulling the United States out of the agreement and implementing crippling sanctions on Tehran.

“Following Iran’s announcement in May 2019 that it would cease meeting some of its commitments under the JCPOA, we have sought to persuade Iran to change course,” the statement from the three countries’ foreign ministers said, referring to the Joint Comprehensive Plan of Action.

“We do not accept the argument that Iran is entitled to reduce compliance with the JCPOA. Contrary to its statements, Iran has never triggered the JCPOA Dispute Resolution Mechanism and has no legal grounds to cease implementing the provisions of the agreement,” it added.

Under the JCPOA, Tehran pledged to curb its nuclear ambitions in exchange for international sanctions relief. The agreement was signed in October 2015 in Vienna.

Since the U.S. withdrawal from the deal, Iran has breached its main limitations, exceeding the stockpiles of heavy water and uranium allowed, the number and types of centrifuges it can operate to enrich uranium, and the purity of uranium.

Trump has called the deal “fatally flawed,” in part because it did not restrict Tehran’s ballistic-missile program or address its support for terrorist groups in the Middle East.

Iran insists its nuclear program is for civilian purposes only, and that the JCPOA allows the country to run reactors to generate power.

[1] Joint statement by the Foreign Ministers of France, Germany and the United Kingdom on the Joint Comprehensive Plan of Action: 14 January 2020 - Federal Foreign Office ➤ https://www.auswaertiges-amt.de/en/newsroom/news/-/2292574?isLocal=false&isPreview=false