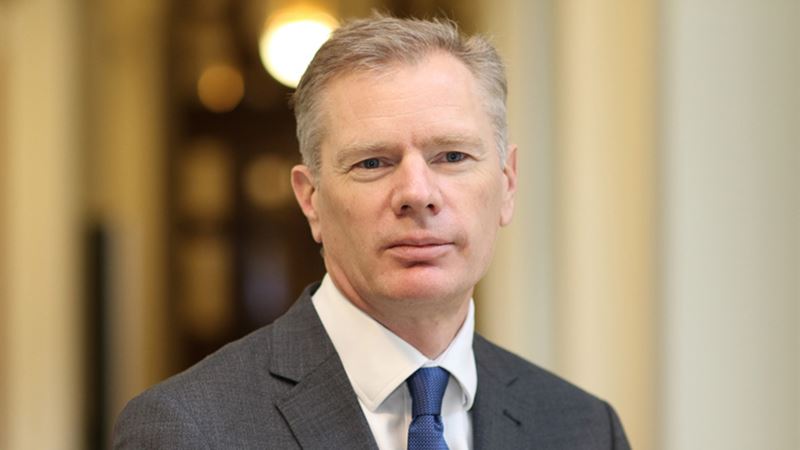 The British ambassador to Tehran has left Iran after being detained by Iranian authorities last week, state-run media reported on January 15.

Rob Macaire was detained for three hours on January 11 after attending a candlelight vigil for the victims of the downing by Iran’s air defenses of a Ukrainian passenger plane.

Iran’s official IRNA news agency said the diplomat had left after being given what it described as “prior notice.”

The report did not elaborate.

The British Foreign Office insisted that Macaire’s trip to London was “routine, business as usual” and was planned before his arrest.

“It is quite normal for our ambassadors to come back to London to have meetings here,” a spokesman said.

Macaire has said he attended the vigil in Tehran because it was “normal to want to pay respects” to the 176 victims of the January 8 downing of the Ukraine International Airlines Boeing 737 — some of whom were Britons.

But the event quickly turned into an anti-government protest, and Macaire said he left after 5 minutes.

The British government expressed “strong objections” to the arrest, which it called a “flagrant violation of international law.”

Based on reporting by AP and dpa