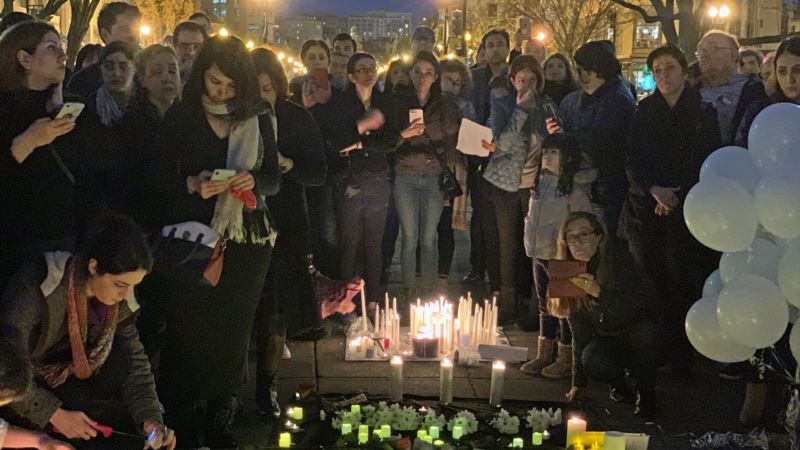 Canada says its investigators have visited the site of plane crash near Tehran that included 57 Canadian fatalities among the 176 people killed in the tragedy.

Canadian Transport Minister Marc Garneau on January 15 said the country’s investigators have not yet been allowed access to the flight and cockpit recorders of the Ukraine International Airlines (UIA) Boeing 737-800 that had just taken off from Tehran en route to Kyiv on January 8 when it was shot down by at least one Iranian missile.

Iran has issued visas to a team of Canadian officials, including two specialists from the Transportation Safety Board, hoping to determine how and why Iran’s military shot down the airliner, apparently by mistake, killing all on board.

Most of the victims were Iranian and Canadian nationals, with smaller numbers of Ukrainians, Afghans, Swedes, Britons, and Germans.

“What we have been told by the Iranians is that we will be allowed to participate in not only the decoding of the [black] boxes, but also the analysis,” Garneau told an Ottawa news conference.

“We’re standing by at the moment to find out where that is going to happen. We have not had that signal.”

Garneau said he and foreign ministers from Ukraine, Sweden, Afghanistan, and Britain are scheduled to meet on January 16 to press for “full cooperation from Iranian authorities.”

“Canada will not accept a situation where we feel that we’re not being given the information that we’re looking for,” he said. “Make no mistake about it, Canada is going to get to the very bottom of this.”

Tehran originally denied its forces shot down Flight PS752 but, as evidence mounted, eventually admitted its military “unintentionally” shot it down in a missile attack.

The government’s action and denials have angered many Iranians, leading to protests throughout the country.

President Hassan Rohani on January 15 called for national unity amid the continued protests and anger over the authorities’ crackdown on demonstrators.

Rohani’s call for calm, delivered in a televised speech during a cabinet meeting, came as Foreign Minister Mohammad Javad Zarif said at a conference in India that people have been demonstrating “against the fact that they were lied to for a couple of days.”