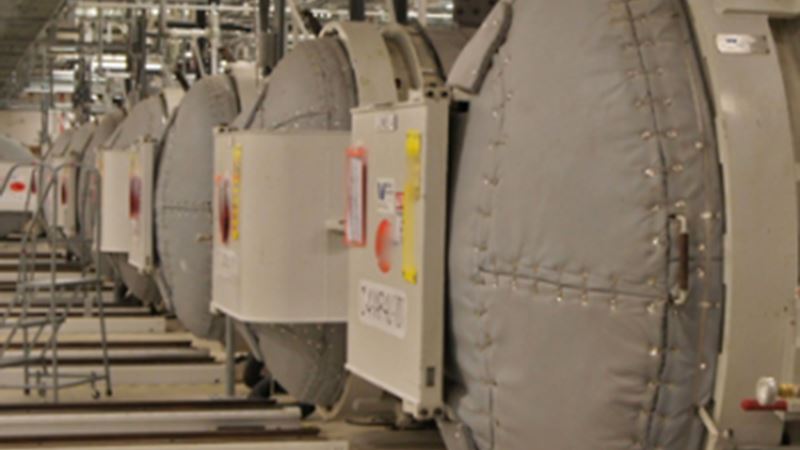 President Hassan Rohani says Iran is now enriching more uranium than the country did before it agreed to a nuclear deal with world powers in 2015, as Tehran gradually scales back its commitments under the agreement.

“Pressure has increased on Iran, but we continue to progress,” Rohani said in a televised speech on January 16. The country has lifted all limits on its production of enriched uranium, which can be used to make reactor fuel but also nuclear weapons.

Iran has breached its main limitations, exceeding the stockpiles of heavy water and uranium allowed, the number and types of centrifuges it can operate to enrich uranium, and the purity of uranium, in response to sanctions reinstated by the United States after President Donald Trump unilaterally abandoned the nuclear agreement in 2018.

Trump wants Tehran to negotiate a new accord that would place indefinite curbs on its nuclear program and restrict Tehran’s ballistic-missile program.

The five remaining parties to the accord — Britain, France, and Germany, plus China and Russia — have pledged to keep the accord alive.

But European partners have been unable to offer Tehran a way to sell its crude oil abroad despite the U.S. sanctions, which caused the value of Iran’s currency to plummet and sent its inflation rate soaring.

Announcing they had triggered the 2015 deal’s Dispute Recognition Mechanism on January 14, Britain, France, and Germany warned that Tehran’s actions were “inconsistent with the provisions of the nuclear agreement” and had “increasingly severe and non-reversible proliferation implications.”

Iranian Foreign Minister Mohammad Javad Zarif said on January 16 that the three countries were allowing themselves to be bullied by the United States, which had threatened new tariffs on their goods.

“E3 sold out remnants of JCPOA to avoid new Trump tariffs,” he wrote in a tweet, referring to the nuclear accord.

“It won’t work my friends. You only whet his appetite. Remember your high school bully?” Zarif added.

He continued by telling Europeans: “If you want to sell your integrity, go ahead. But DO NOT assume high moral/legal ground. YOU DON’T HAVE IT.”

The Trump administration has threatened to impose a 25 percent tariff on European automobile imports if Britain, France, and Germany did not formally accuse Iran of breaking the nuclear pact, the Washington Post reported on January 15.

In a speech on January 15, Rohani criticized the European powers’ decision and their failure to ensure his country enjoyed the economic benefits of the 2015 deal.

“The next step you need to take is to return to your commitments,” the Iranian president said, while Zarif asserted that the nuclear deal was “not dead.”

Under the 2015 pact, Iran pledged to curb its nuclear ambitions in exchange for international sanctions relief.

Tehran insists its nuclear program is for civilian purposes only.

With reporting by Radio Farda, Reuters, ISNA, and the BBC