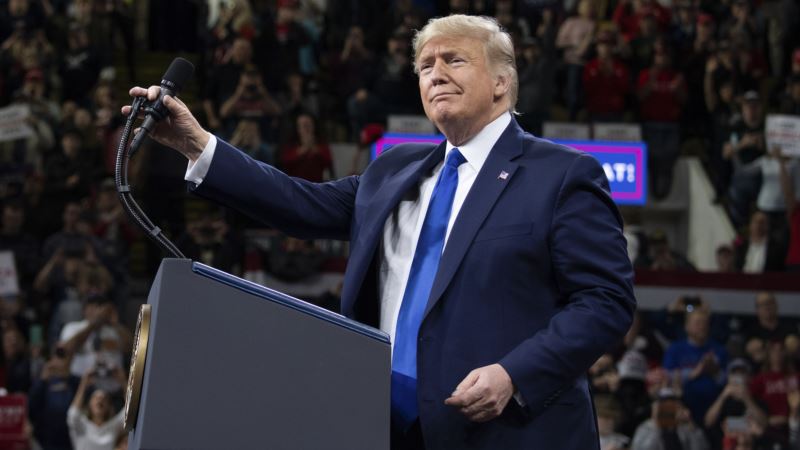 The Government Accountability Office (GOA) said in a January 16 report that the Office of Management and Budget (OMB) violated the law last year when it withheld the aid that had been appropriated by Congress — a key focal point of the impeachment proceedings into Trump.

The nine-page report, written by the agency’s general counsel Thomas Armstrong, concluded that “the law does not permit the president to substitute his own policy priorities for those that Congress has enacted into law.”

It further said the “OMB withheld funds for a policy reason, which is not permitted under the Impoundment Control Act (ICA)…. The withholding was not a programmatic delay. Therefore, we conclude that OMB violated the ICA.”

Under the U.S. Constitution, Congress is granted the “power of the purse,” and the president, as the executive branch of government, is given a narrow scope in ignoring appropriations mandated by lawmakers and passed into law.

The report was released just hours before the Senate was sworn in to start the impeachment trial of Trump, who is accused of abusing the power of his office for personal gain and obstruction of Congress.

The two articles of impeachment specifically relate to Trump’s dealings with Ukraine.

They include holding up $391 million passed by Congress in military aid for Ukraine, a move allegedly intended to pressure Kyiv into investigating political rival Joe Biden, the Republican president’s potential Democratic opponent in the November 3 U.S. election.

It remains unclear how the watchdog’s report will affect the impeachment trial given that the ground rules haven’t been determined by the Republican-controlled Senate, including what, if any, new evidence will be admissible during proceedings.

Although the GAO’s findings aren’t legally binding, its reports are considered reliable and the agency is viewed as the federal government’s preeminent auditing agency.

Based on reporting by CNN, Reuters, AP, and dpa