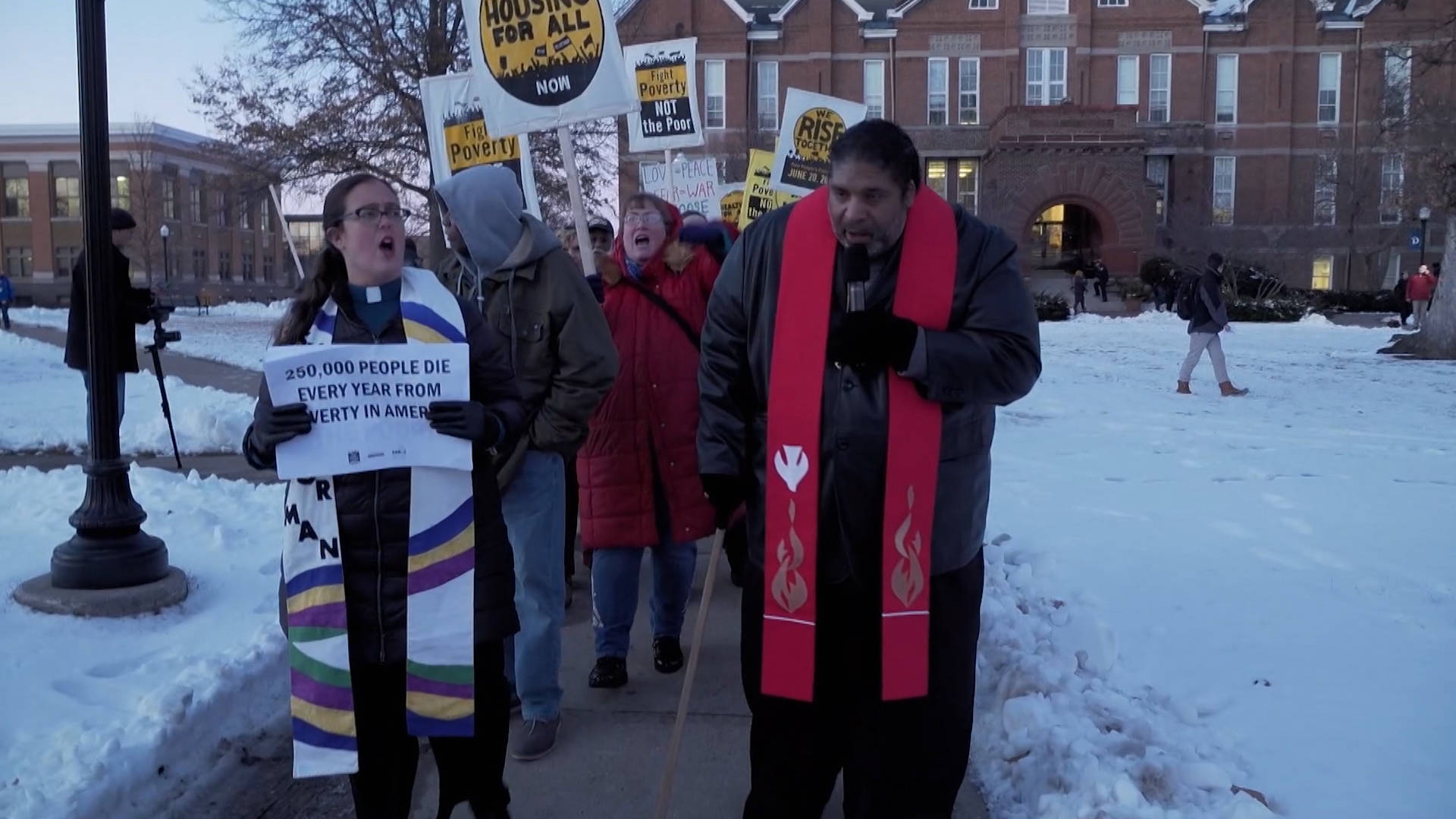 As the final Democratic debate ahead of the Iowa caucuses took place Tuesday night in Des Moines, Iowa, more than 100 protesters gathered outside the debate venue at Drake University to demand a televised presidential debate on poverty. Led by Reverend William Barber, demonstrators carried a coffin to honor the 250,000 people who die every year from the impacts of poverty. According to the Poor People’s Campaign, 140 million Americans — over 43% of the population — can’t pay basic living expenses. In Iowa, 630,000 workers — 45% of the state’s workforce — make less than $15 an hour. We’re joined by Reverend William Barber, co-chair of the Poor People’s Campaign and president of Repairers of the Breach. Last night, he and the Poor People’s Campaign hosted a mass meeting on poverty in Des Moines. “We cannot enliven the electorate as long as we keep having dead silence on poverty,” Barber says. “We’ve had nearly 30 debates since 2016 alone, and not one of them have focused on poverty.”