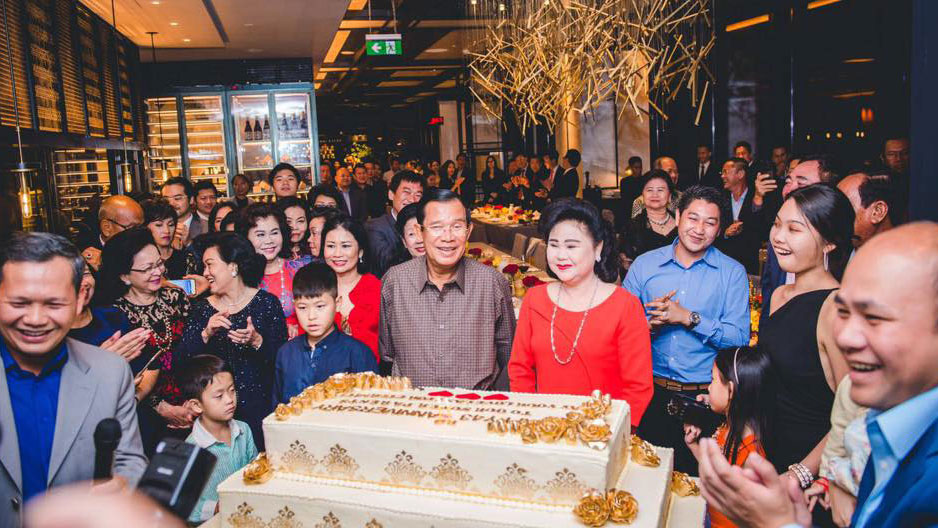 Over the last two decades, the leading lights of the Cambodian People’s Party (CPP) have been quietly amassing international property portfolios worth millions of dollars. The existence of this real estate network was – until recently – entirely undocumented and what has been reported so far has been described by one analyst as “the tip of the iceberg.”

Over the coming year, Radio Free Asia will publish a series of articles documenting the opulent homes Cambodia’s ruling elite maintain outside of the Kingdom.

These houses, it has been suggested, often serve as safe-deposit boxes and money laundering vehicles for ill-gotten gains, but also as potential safe havens should the current regime in Cambodia collapse.

The size of the country’s economy has increased almost eightfold since the end of the Khmer Rouge insurgency in 1997. However, the luxury apartments, homes and villas held overseas by top CPP officials and their family members are far beyond the means of ordinary Cambodians, 35% of whom still live in poverty.

In 2009, Cambodian political scientists Kheang Un and Sokbunthoeun So painted an unflattering portrait of their country’s ruling class.

“They consider the country’s government institutions and natural resources as their personal domains to be used for garnering political support, maintaining patronage networks, and accumulating wealth,” they wrote.

The revelation that senior Cambodian civil servants and politicians have millions of dollars sunk in foreign bricks and mortar will be viewed by many as further proof of Kheang and Sokbunthoeun’s assertion.

Most official salaries in Cambodia amount to mere hundreds of dollars a month. However, it is one of Phnom Penh’s most open of secrets that the true value of public offices lies in the rents, bribes and favors that can be extracted through them. The real estate uncovered by RFA and other outlets would appear to be indicative of just how lucrative high office can be.

‘Somewhere to retreat to’

Cambodia currently ranks 161st out of 180 countries in Transparency International’s ‘Corruption Perceptions Index’. While corruption can be hugely profitable for office holders, it may also prove those officials’ downfall.

In 2016, the CPP secretly commissioned an Israeli political consultancy to conduct public opinion surveys in Cambodia. Their findings were leaked to the press in 2017, revealing that corruption was a serious concern for an electorate which already favoured the opposition Cambodia National Rescue Party (CNRP).

Five months after the publication of the secret polls, the Cambodian supreme court dissolved the CNRP.

For powerful individuals in autocratic countries, owning overseas real estate is often about having “somewhere to retreat to” in case of regime change, according to Jason Sharman, a Cambridge University academic specialising in cross-border corruption.

Sophal Ear of Occidental College in California believes that is what took place in the case of Cambodia.

“If anybody wants to hedge their bets then that’s the insurance you’ve got to have. You’re going to have your [home] in Phnom Penh and then you’re going to have all the excess capital, the bulk of it, hoarded away in Swiss bank accounts,” Ear said. “And then you might want to enjoy it a bit and buy the mansions.”

Most of those mansions – as well as townhouses, apartments and ranches – are located in stable democracies, such as the United States, United Kingdom and Australia. In choosing to park their wealth in western real estate markets, Cambodia’s ruling classes have participated in a global trend. 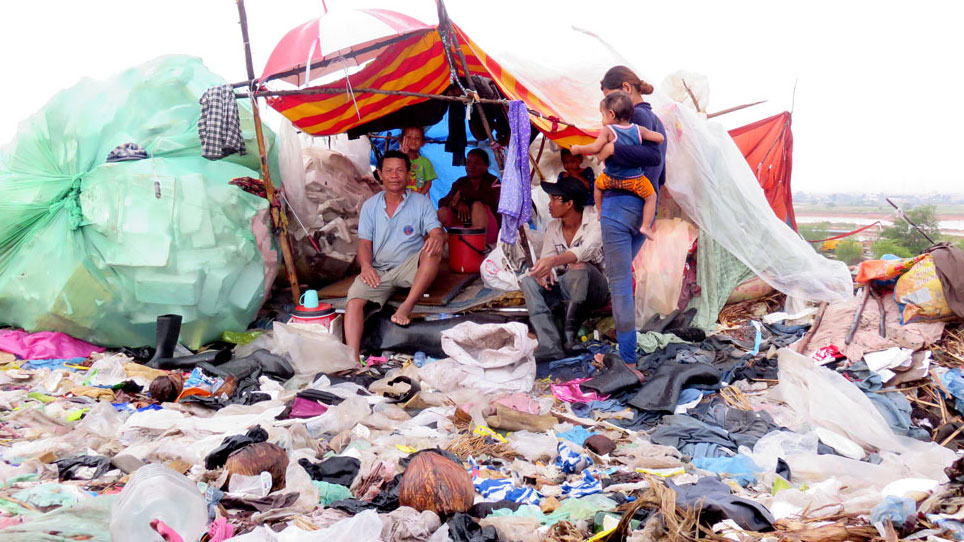 A Cambodian family living in a shelter on a garbage dump in a Phnom Penh suburb in 2015.
Credit: RFA

Living it up in ‘Moneyland’

Oliver Bullough’s 2018 book Moneyland documented the ways in which ‘dirty’ money from corruption has become almost indistinguishably mixed with legitimate funds in the global economy – one of the many ways in which it does so is through Western real estate.

“You see this in all kleptocracies, you steal at home and you bank abroad,” Bullough told RFA. “The possibility of somebody doing what you’ve done – coming to power and stealing everything – is something that you’re going to be very aware of. Therefore, you’re going to want to insure yourself against that.”

One of the great advantages to a kleptocrat of sequestering their riches in London or New York real estate is that the housing markets of Western metropolises are experiencing an ever-expanding bubble. Ironically, that bubble has been fueled in large part by kleptocrats using those cities’ penthouses as grandiose piggy banks. The well-heeled districts of Mayfair and Manhattan have become vehicles through which the world’s unjustly rich can not only launder but also double their dirty money.

For Ear, who was born in Cambodia, the homes uncovered by RFA are essentially the proceeds of crime and ought to be returned to their rightful owners.

“What they’ve earned are the returns on their investments, but the original investment was not theirs to make,” said Ear. “Hopefully, justice will be served and the folks who deserve those properties, the people of Cambodia, will be able to enjoy those ill-gotten assets.”

By By Jack Davies