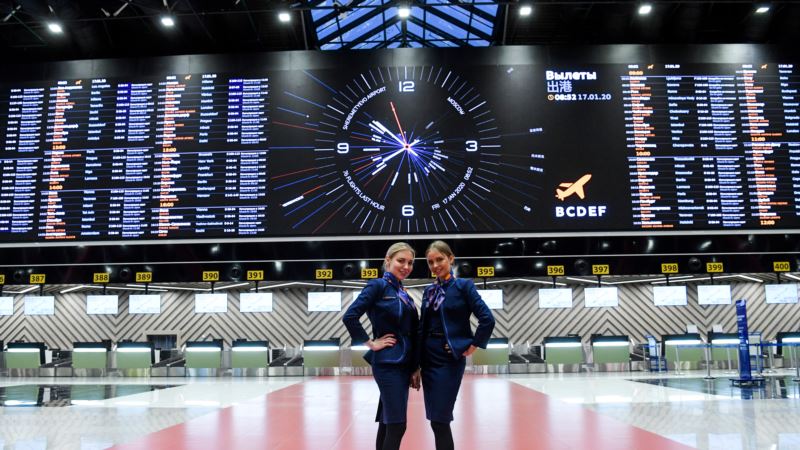 The first part of a new terminal at Moscow’s Sheremetyevo International Airport has opened with an operational capacity able to provide services for as many as 20 million travelers annually.

Terminal C-1 opened on January 17 in the north of the airport’s terminal complex after being combined with Terminal B for domestic flights.

The new terminal is expected to increase the airport’s overall capacity to 80 million passengers per year, airport officials have said.

According to the officials, an equivalent of almost $520 million was spent to build the terminal with parking for 2,500 vehicles.

Aleksandr Ponomarenko, the chairman of the Sheremetyevo International Airport Joint Stock Company, told reporters at a ceremony marking the opening of the new terminal that a second section, C-2, will be built by 2026.

It is Russia’s biggest airport and the main hub of the country’s largest airline, Aeroflot.

Based on reporting by Forbes, Interfax, and TASS