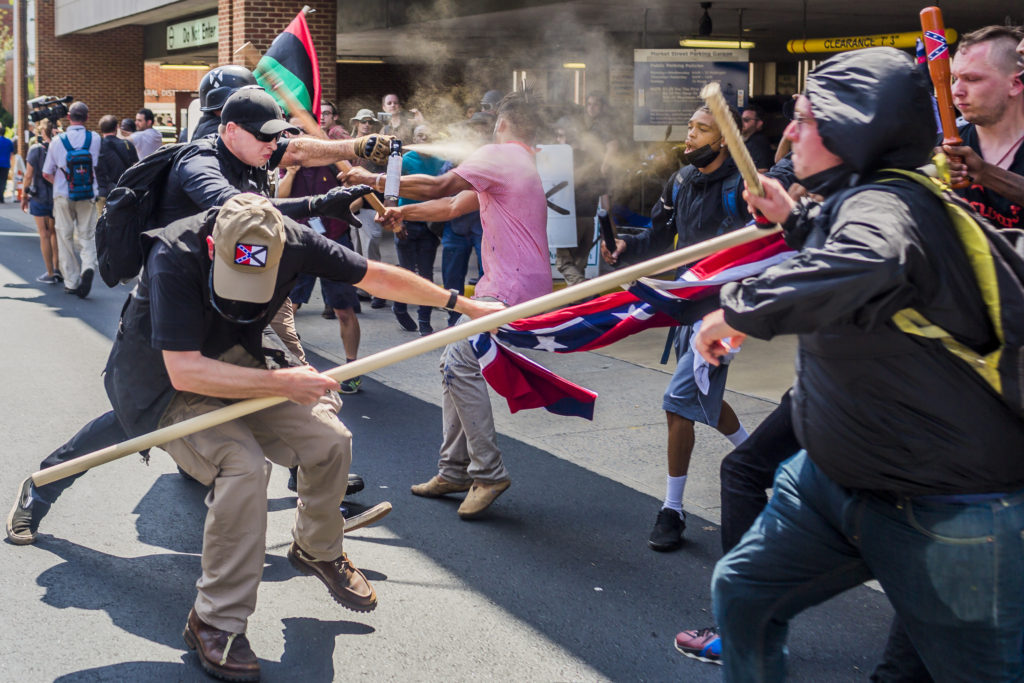 RICHMOND, Va. — Police are scouring the internet for clues about plans for mayhem, workers are putting up chain-link holding pens around Virginia’s picturesque Capitol Square, and one lawmaker even plans to hide in a safe house in advance of what’s expected to be an unprecedented show of force by gun-rights activists.

What is provoking their anger in this once reliably conservative state is the new Democratic majority leadership and its plans to enact a slew of gun restrictions. This clash of old and new has made Virginia — determined to prevent a replay of the Charlottesville violence in 2017 — ground zero in the nation’s raging debate over gun control.

The Virginia Citizens Defense League’s yearly rally at the Capitol typically draws just a few hundred gun enthusiasts. This year, however, thousands of gun activists are expected to turn out. Second Amendment groups have identified the state as a rallying point for the fight against what they see as a national erosion of gun rights.

“We’re not going to be quiet anymore. We’re going to fight them in the courts and on the ground. The illegal laws they’re proposing are just straight up unconstitutional,” said Timothy Forster, of Chesterfield, Virginia, an NRA member who had one handgun strapped to his shoulder and another tucked into his waistband as he stood outside a legislative office building earlier this week.

VCDL president Philip Van Cleave said he’s heard from groups around the country that plan to send members to Virginia, including the Nevada-based, far-right Oath Keepers, which has promised to organize and train armed posses and militia.

Extremist groups have blanketed social media and online forums with ominous messages and hinted at potential violence. The FBI said it arrested three men linked to a violent white supremacist group Thursday who were planning to attend the rally in Richmond, according to a law enforcement official who spoke to The Associated Press on condition of anonymity to discuss an active investigation.

Democrats have permanently banned guns inside the Capitol, and Gov. Ralph Northam declared a temporary state of emergency Wednesday that bans all weapons, including guns, from Capitol Square, during the rally to prevent “armed militia groups storming our Capitol.” Gun-rights groups asked the Virginia Supreme Court to rule Northam’s declaration unconstitutional, but the court on Friday upheld the ban.

Northam said there were credible threats of violence — like weaponized drones being deployed over Capitol Square. On Friday, the FAA issued a temporary flight restriction, including for drones, over Capitol airspace during the rally.

The governor said some of the rhetoric used by groups planning to attend Monday’s rally is reminiscent of that used ahead of the white nationalist rally in Charlottesville in August 2017. One woman was killed and more than 30 other people were hurt when a white supremacist drove his car into a crowd of counter-protesters there.

The Virginia State Police, the Virginia Capitol Police and the Richmond Police are all coordinating the event and have plans for a huge police presence at Monday’s rally that will include both uniformed and plainclothes officers. Police plan to limit access to Capitol Square to only one entrance and have warned rally-goers that they may have to wait hours to get past security screening.

Nonessential state staff were being told to stay away. Del. Lee Carter, a Democratic Socialist, said he’s planning to spend Monday at an undisclosed location because of threats he has received.

Northam lamented that such precautions were necessary for what’s been a peaceful yearly event, but said pro-gun activists have “unleashed something larger, something they may not be able to control.”

The pushback against proposed new gun restrictions began immediately after Democrats won majorities in both the state Senate and House of Delegates in November. Much of the opposition has focused on a proposed assault weapons ban, which would affect thousands of owners of the popular AR-15-style rifles. One version of the bill, which Democrats later disavowed, would have required current owners of the rifles to turn them in or face felony charges.

That bill was the spark that created the massive pushback, according to Sen. Creigh Deeds, one of the few moderate Democrats left in Virginia who represents rural areas.

Thousands of gun owners from around the state packed municipal meetings to urge local officials to declare their communities “Second Amendment Sanctuaries” opposed to “unconstitutional” gun restrictions like universal background checks. More than 125 cities, towns and counties have approved sanctuary resolutions in Virginia.

Gun-control advocates, meanwhile, have also been flocking to Richmond to show their support for the proposed legislation. More than 200 volunteers with Moms Demand Action held a rally on Jan. 6. Gun control became a leading issue in the 2019 Virginia legislative elections after a city employee in Virginia Beach opened fire on his co-workers in May, killing 12 and injuring four others.

Janet Woody, a retired librarian from Richmond and a Moms volunteer, said she believes the proposed package of legislation can help reduce gun violence.

“I just feel so angry and helpless because of all these massacres,” she said. “You can call your legislator or write, but there comes a point where you just have to get out in the street.”

By ALAN SUDERMAN and DENISE LAVOIE The Associated Press