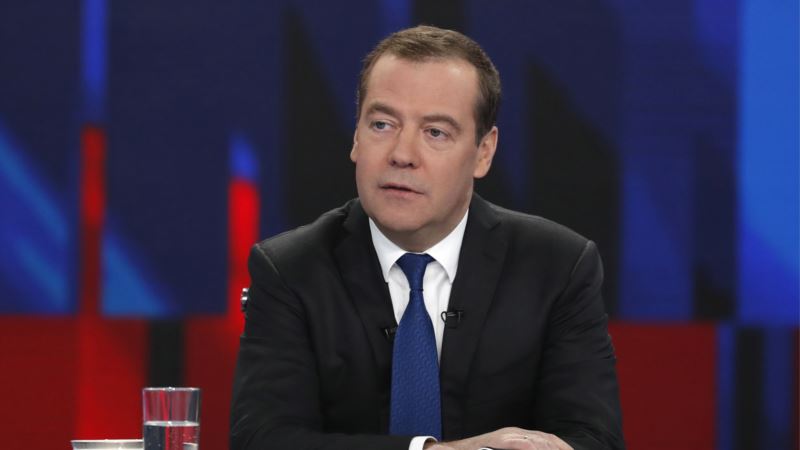 Russian ex-Prime Minister Dmitry Medvedev said on January 19 that he will continue to chair the ruling United Russia party, which has worked in close concert with President Vladimir Putin to dominate the country’s political scene for two decades.

Medvedev resigned along with his government after Putin used his annual state-of-the-nation speech on January 15 to call for a referendum on substantial constitutional amendments that he said would strengthen parliament’s powers.

Russian news agencies later said Putin planned to create the position of deputy chairman of the Security Council of Russia, which is formally headed by Putin, and that the post would be offered to Medvedev.

“If we speak about a particular new job, this position does not run counter to being engaged in political activity, including in activity related to leading the party. I remain chairman of the United Russia party,” Medvedev told Rossia 1 TV on January 19, according to TASS.

Medvedev served as head of state during what critics described as a sort of interregnum in 2008-12 between Putin’s second and third presidential terms to keep in line with a constitutional term limit.

The announcement that he would not seek reelection but instead return to the prime minister’s job to allow a third term for Putin set off massive protests that sparked a brutal crackdown on dissent.

Lawmakers in the State Duma, where United Russia holds a super-majority of around three-quarters of the 450 seats, overwhelmingly approved Putin’s choice for new prime minister, the little-known tax chief Mikhail Mishustin, on January 16.

Some observers suspect that Putin’s surprise constitutional shakeup could help keep the 67-year-old former KGB officer in power beyond the end of his fourth presidential term in 2024.

Based on reporting by TASS