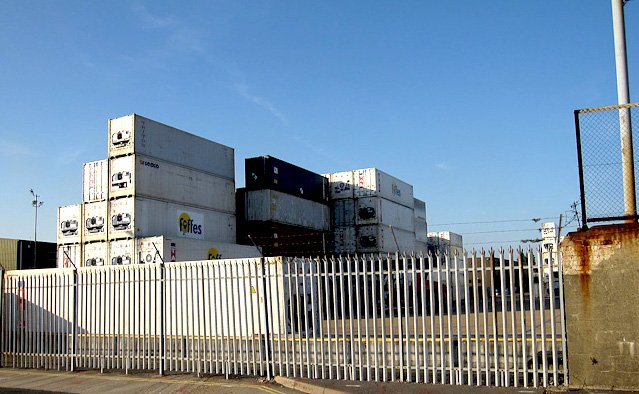 People in the United States generally do not hear much about Honduras—except when the President rails about caravans of Central American migrants driving toward the Southern border. But Honduras’s chief export to the United States is not people, but produce. And on the melon plantations of the Choluteca region, Hondurans face another transnational struggle, as a militant farmworkers’ union clashes with a major fruit multinational for the right to represent the workers who feed U.S. consumers.

The Agroindustrial Workers’ Union (STAS) has been trying to organize seasonal melon workers and  improve labor conditions in Choluteca for more than four years. It accuses Fyffes, a Dublin-based, Japanese-owned multinational and leading exporter of fruit to the United States and Europe, of systematically violating the workers’ freedom of association.

In early 2019, after an international pressure campaign led by the International Labor Rights Forum and Fair World Project, Fyffes seemed to relent, agreeing to talk with the union and reinstate some workers allegedly fired in retaliation. But since then, the union says Fyffes has backtracked, refused to recognize the union, and instead supported parallel company-backed unions. This is meant to preempt militant unions like STAS from establishing themselves as representatives of the temporary workers, who make up 90 percent of the workforce.

On the melon plantations of the Choluteca region, Hondurans face another transnational struggle, as a militant farmworkers’ union clashes with a major fruit multinational for the right to represent the workers who feed U.S. consumers.

“The formation of those organizations was part of a pattern of anti union violence against STAS,” says the union’s general secretary, Moises Sanchez, in a phone interview with The Progressive from Honduras, conducted via a translator. “And the reason that they recognized those unions was not because they are a good farm or a good multinational corporation. What we want are exclusive bargaining rights for the temporary workers on the farms who don’t have a voice or a vote to improve their working conditions.”

Throughout this period, Sanchez has faced repeated physical and legal attacks.

According to interviews conducted in late November with workers in the Choluteca region, the workers were warned “that the company would close its operations and that they wouldn’t be rehired the next season” unless they agreed to support the company-backed union. Workers who had been fired in retaliation for union activity were told they would only be “reinstated on the condition that they not be involved with STAS.”

Such complaints are not new. Over the past two years, a steady stream of reports of union busting, along with international labor pressure, led to two ethical-sourcing certification bodies: Fairtrade USA and Ethical Trade Initiative. Defenders of STAS succeeded in pressuring Costco Wholesale to cease sourcing Fyffes melons in light of the labor dispute.

Workers also complained of unsafe conditions in the fields–an issue that STAS has also organized around. A worker interviewed by the International Labor Rights Forum in late November attested to heavy pesticide residues in the fields that lingered after nighttime spraying.

“When we entered, we felt the vapor of the poison and we said to ourselves, we are going to be poisoned,” the worker said. “People suffer intoxication daily but since no one denounces that, it stays as if nothing happened. Only if you live through it in your own flesh, you’ll see it.”

Fyffes, for its part, claims that the two main company-backed unions, with more than 3,000 members each, legitimately organized workers’ committees and then won the right to represent the workers at their operations, with endorsement from the Ministry of Labor in October 2018.

“The workers organized themselves into unions,” says Caoimhe Buckley, Fyffes’ director of corporate affairs, in a phone interview from Ireland. “And they obviously wanted to be represented by the workers committee that was already representing them.”

Buckley says the company acknowledges that STAS has roughly forty or so affiliates at its operation, but “because STAS has no legal status,” it could not enter into an official collective bargaining agreement with the union. However, on a voluntary basis, “what we offered in the past is that we would implement in good faith any bargaining agreement that we came up with [with] them.” Fyffes says the company is in early stages of talks to possibly establish a more formal legal arrangement.

STAS says it held elections to become the exclusive representative of Fyffes workers back in 2015, only to face retaliation for continuing to organize even after the company-backed unions were established.

STAS says it held elections to become the exclusive representative of Fyffes workers back in 2015, only to face retaliation for continuing to organize even after the company-backed unions were established. STAS issued a report in 2018 alleging numerous incidents of anti-union harassment and discrimination, which in turn “puts pressure on the Ministry of Labor of the State of Honduras to try to curtail the right to freedom of association for Fyffes workers.”

In one incident recorded in April 2017, the report says Sanchez and his brother Misael, a STAS affiliate, were attacked by “unknown assailants” armed with machetes and guns. Sanchez later recalled that one attacker warned, “You still have not given me what I need most: the cell phone where you have all the information. If you continue in this you will pay the consequences.”

Even before this latest union dispute between Fyffes and STAS, the Choluteca region was cited in a 2015 report based on a U.S. Department of Labor investigation as being rife with labor violations, including wage theft and failure to provide workers with personal protective equipment. (The investigation was conducted under the U.S.-Central American free trade agreement, which has itself been criticized for perpetuating dismal labor conditions in the region’s agricultural sectors.)

Adding to the tensions at Fyffes is the ongoing plight of Sanchez, who has been hit with charges of  “usurpation,” related to his involvement with a road-building project to help workers reach the melon fields, which is now disputed by a private landowner. (On Tuesday, January 21, ILRF reported that Sanchez reached a tentative legal settlement that would allow him to avoid jail time for now, but charges might not be dropped until the bridge is built.)

Sanchez suspects the charges might be about more than the road. “Before I affiliated with STAS,” he says, “I never faced anything like this, so I do think there could be some political connection.”

In a letter to Honduran ambassador to Belgium, the International Trade Union Confederation called on Fyffes to “cease its campaign of intimidation and harassment against STAS. It also urged the Honduran government to drop the charges against Sanchez and “comply with their mandate to ensure the life, liberty, and free exercise of human rights activism for Moises and all human rights defenders in Honduras.”

International Labor Rights Forum sees STAS’s ongoing struggle for recognition at the Fyffes plantations as an illustration of how multinationals have capitalized on anemic labor-rights enforcement across Central America. Gabby Rosazza, the group’s campaigns associate, notes that the country’s restive plantations reflect an often-overlooked relationship between Central American labor and U.S. markets.

“When I hear the dialogue in the U.S. talk[ing] about migration, what you hear is that poverty is one of the reasons that people are coming,” Rosazza says. “But that’s not really analyzed in a way [that highlights] that you have this foreign investment in Central America that is perpetuating horrible working conditions.”

The Fyffes case, she continues, “is one small example of how workers are risking their lives and their livelihoods to just have basic standards on melon plantations that are exporting products and food to the U.S. market.”