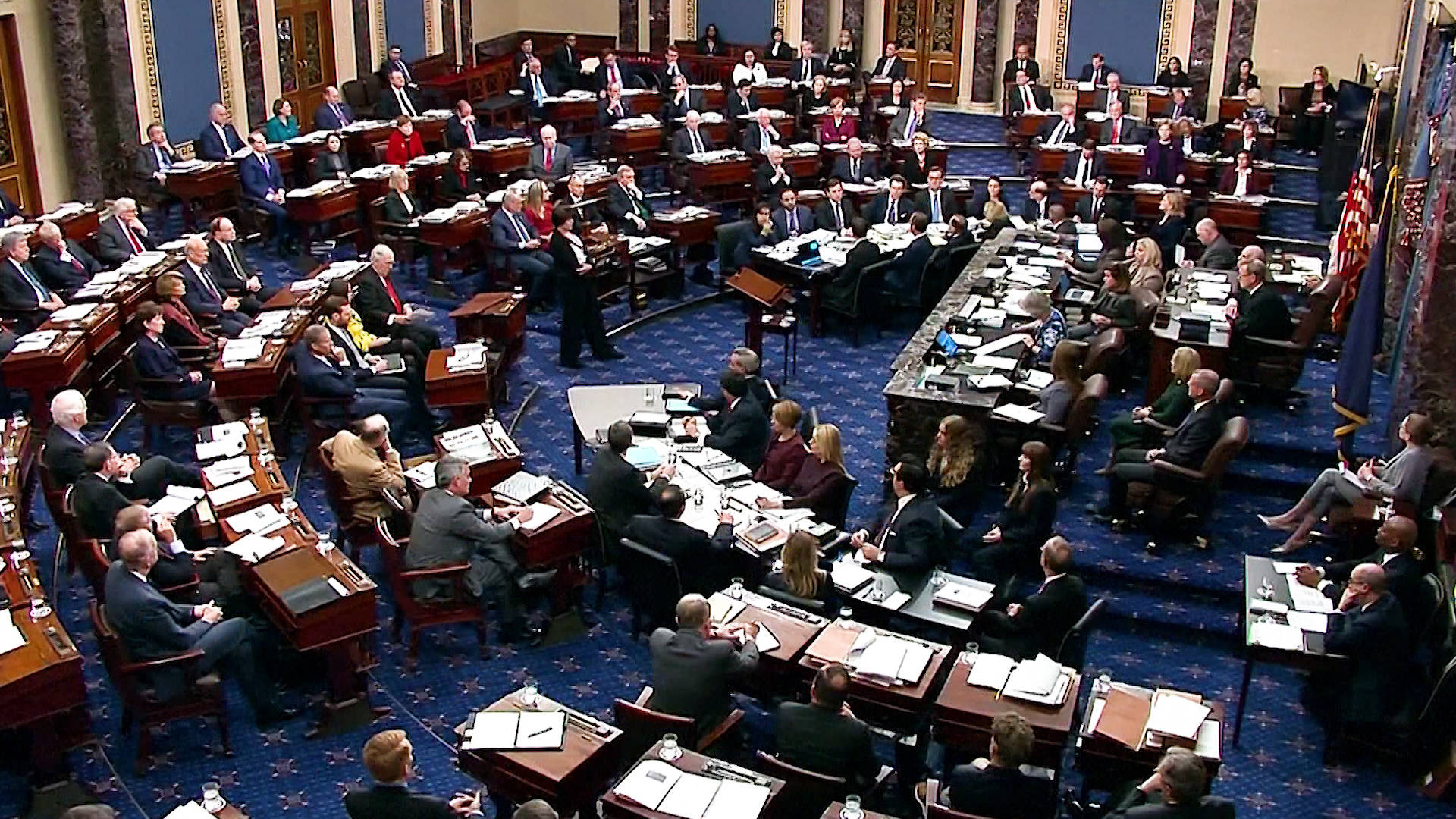 After the first marathon day leading up to President Trump’s impeachment trial, we speak with Vince Warren and Baher Azmy, executive director and legal director, respectively, of the Center for Constitutional Rights. In a 13-hour session, the Republican-controlled U.S. Senate approved rules for the impeachment trial that Vince Warren says are tantamount to a “cover-up.” Under the rules, each side will be given 24 hours over a three-day period for opening arguments. Senators also agreed to automatically admit evidence from the House inquiry into the trial record. Republicans rejected 11 amendments from Democrats to subpoena witnesses and documents at this stage in the trial.