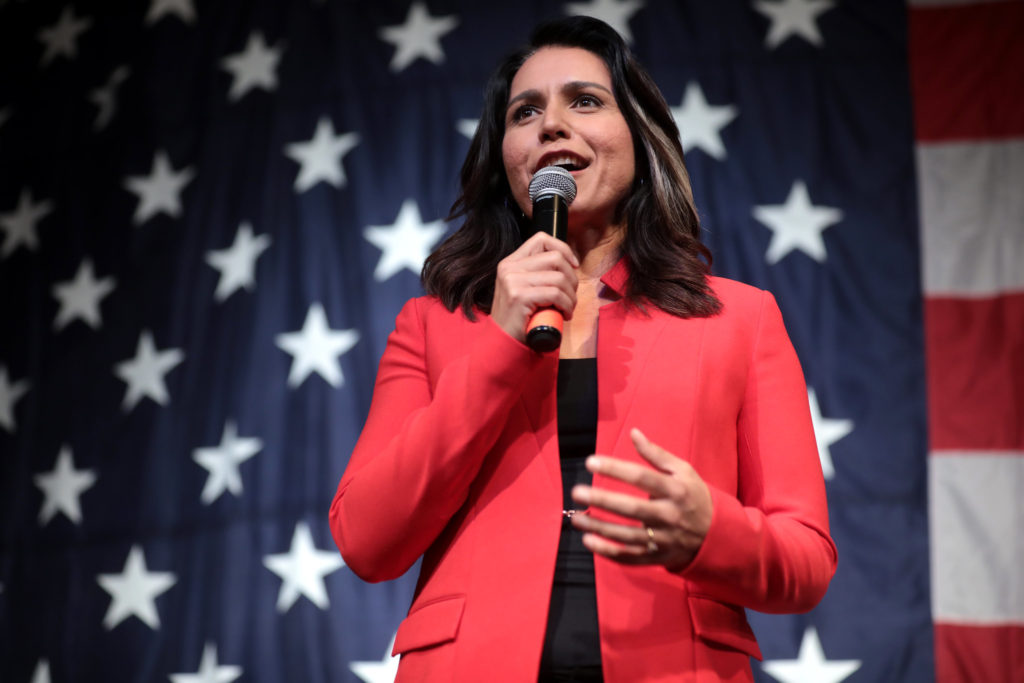 NEW YORK — Democratic presidential candidate Tulsi Gabbard filed a defamation lawsuit against Hillary Clinton on Wednesday over an interview in which Clinton appeared to call Gabbard “the favorite of the Russians.”

Gabbard, a Hawaii congresswoman, said in her lawsuit filed in federal court in Manhattan that Clinton’s comments in a podcast last year in which she suggested that Gabbard was being groomed by Russia to be a third-party candidate were based on either her own imagination or “extremely dubious conspiracy theories” that any reasonable person would know to be “inherently and objectively unreliable.”

During the Oct. 15 Democratic presidential debate, Gabbard criticized a TV commentator she said had called her “an asset of Russia.”

Without naming Gabbard, Clinton appeared to agree with the characterization during a podcast appearance days later on “Campaign HQ with David Plouffe.” Plouffe was campaign manager for President Barack Obama in 2008 and served as served as a senior adviser to the president.

“She’s the favorite of the Russians,” Clinton told Plouffe, who was campaign manager for future President Barack Obama in 2008, referring to a person she had earlier identified as a woman “who’s currently in the Democratic primary. … They have a bunch of sites and bots and other ways of supporting her so far.”

The lawsuit charges that Clinton “reserves a special hatred and animosity for Tulsi” because Gabbard endorsed Sen. Bernie Sanders over Clinton in the 2016 Democratic primary campaign and never endorsed Clinton.

Gabbard, whose support among Democratic primary voters has averaged around 1% in polls, has said she will not run for president as a third-party candidate.

By By KAREN MATTHEWS The Associated Press