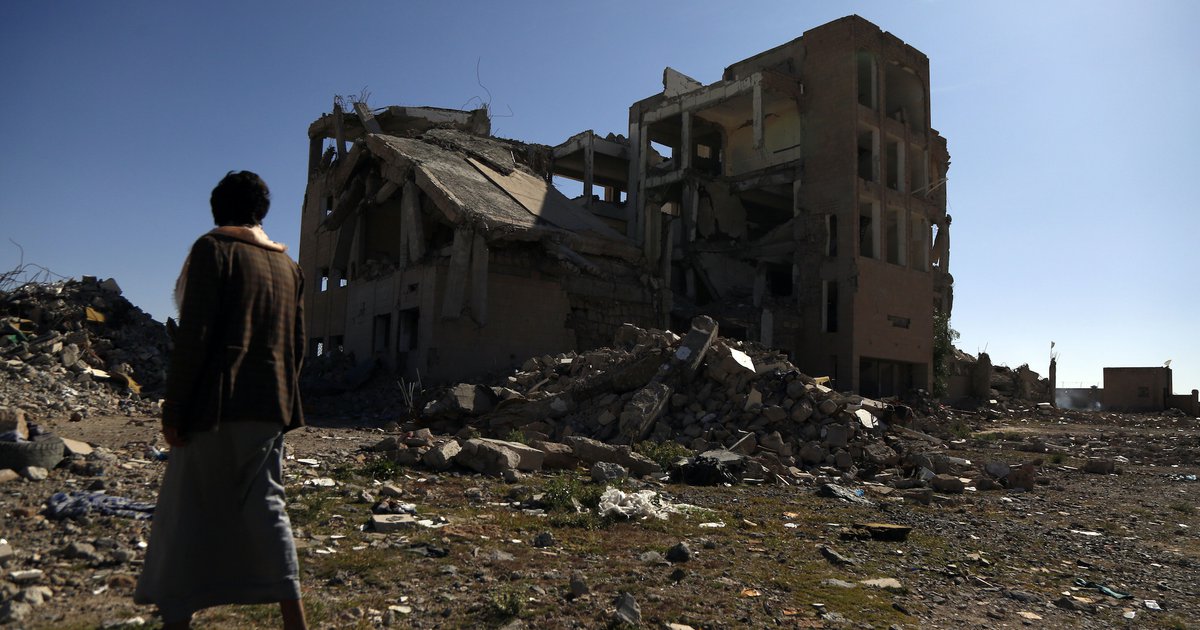 Fourteen months later, what has happened? Nothing more has been heard of the Taiz element and no progress made to de-escalate fighting in the city and governorate of Taiz. Both have mostly been liberated from Huthi control, but the Huthis retain certain pockets from which they occasionally attack the forces opposing them. However they don’t have to do much, as the anti-Huthi forces are busy fighting each other as different factions vie for dominance.

Taiz city is one of the strongholds of the Islah party, and much of the fighting is between the Islah-related government forces and those of Abu Abbas, a warlord close to the Salafis and al Qaeda but, being anti-Islah, has access to UAE assistance. Elsewhere in the governorate, particularly along the coast, the Huthis launch occasional attacks on the coalition forces which, here, are primarily composed of southern Salafis on the one hand and the northern forces brought together by Tareq Saleh, nephew of former president Ali Abdullah Saleh. There is also little love lost between these two elements.

The exchange of prisoners remains an issue of deep concern to thousands of prisoners and their families. Most observers were surprised at the numbers included in the agreement, as the expectation was of a few thousand at most. Regardless, the current situation is that only a few hundred have been returned to their families, including a few Saudi men captured by the Huthis. Although these exchanges have involved the International Red Cross, as is customary throughout the world, they have otherwise been arranged and negotiated by local tribal mediators, excluding the UN from this process.

The agreement on Hodeida is the main element of the Stockholm Agreement and certainly the one which has received the most attention from the UN Special Envoy [UNSE] and his team. Hodeida is the main port through which basic commodities arrive and reach the majority of the Yemeni population. Yemenis depend on imports for more than 90% of their wheat and 100% of other basics [rice, tea, sugar, etc.] as well as most fuel. The majority of the population is located in the northern highlands under Huthi control, therefore the importance of access via Hodeida port cannot be over emphasised.

Yemen has been described by the UN since 2017 as suffering the world’s worst humanitarian crisis, with 80% of its population in need of assistance of one kind or another, including 20 million considered food insecure in 2019. The World Food Programme, (WFP) in its best month of December 2019, provided food assistance to 12 million Yemenis, most of them in the areas reached through Hodeida. This both demonstrates the importance of humanitarian assistance, and its failure to reach a significant proportion of those in need. Moreover it is important to remember that the majority of food Yemenis eat arrives through commercial channels, rather than as humanitarian assistance.

Hodeida’s importance in negotiations and during the war increased dramatically in 2017 when there was a serious threat that the anti-Huthi coalition would attack the city and the port. From 2017 onwards, it was faced with a stalemate on most military fronts, and regardless of rhetoric to the effect that the ‘only solution is political’, the coalition’s strategy was to take Hodeida militarily from the Huthis, in the belief that this would be a step towards taking over the highlands and would therefore force the Huthis into dialogue and compromise. An initial attack on Hodeida in mid-2017 was abandoned under international pressure, but a year later the coalition started its offensive.

The international community, including the UNSE and western states supporting the coalition, as well as all organisations involved in addressing the humanitarian crisis opposed this offensive for three main reasons: first most believed that it would not force the Huthis to surrender, contrary to coalition members’ expectation. Second it was clear that such an offensive would involve a lengthy and very destructive battle, leading to thousands of direct casualties in the city and its surroundings. Third, it would interrupt the flow of basic necessities (food and fuel) to the highlands, thus worsening the already disastrous humanitarian situation for millions.

Predictably, the coalition offensive, started in July 2018, but soon got into a quagmire as the Huthis had been well prepared to defend the city and the coalition forces were unable to get beyond the suburbs, so they failed to achieve their aims in the following months, and opposition to the offensive grew internationally. In addition to other factors, particularly the pressure put on the Saudi regime following the assassination of Saudi journalist Khashoggi in October, even the US joined others in the international community to press the UN and its Special Envoy to push for discussions between the sides, finally leading to the Stockholm Agreement.