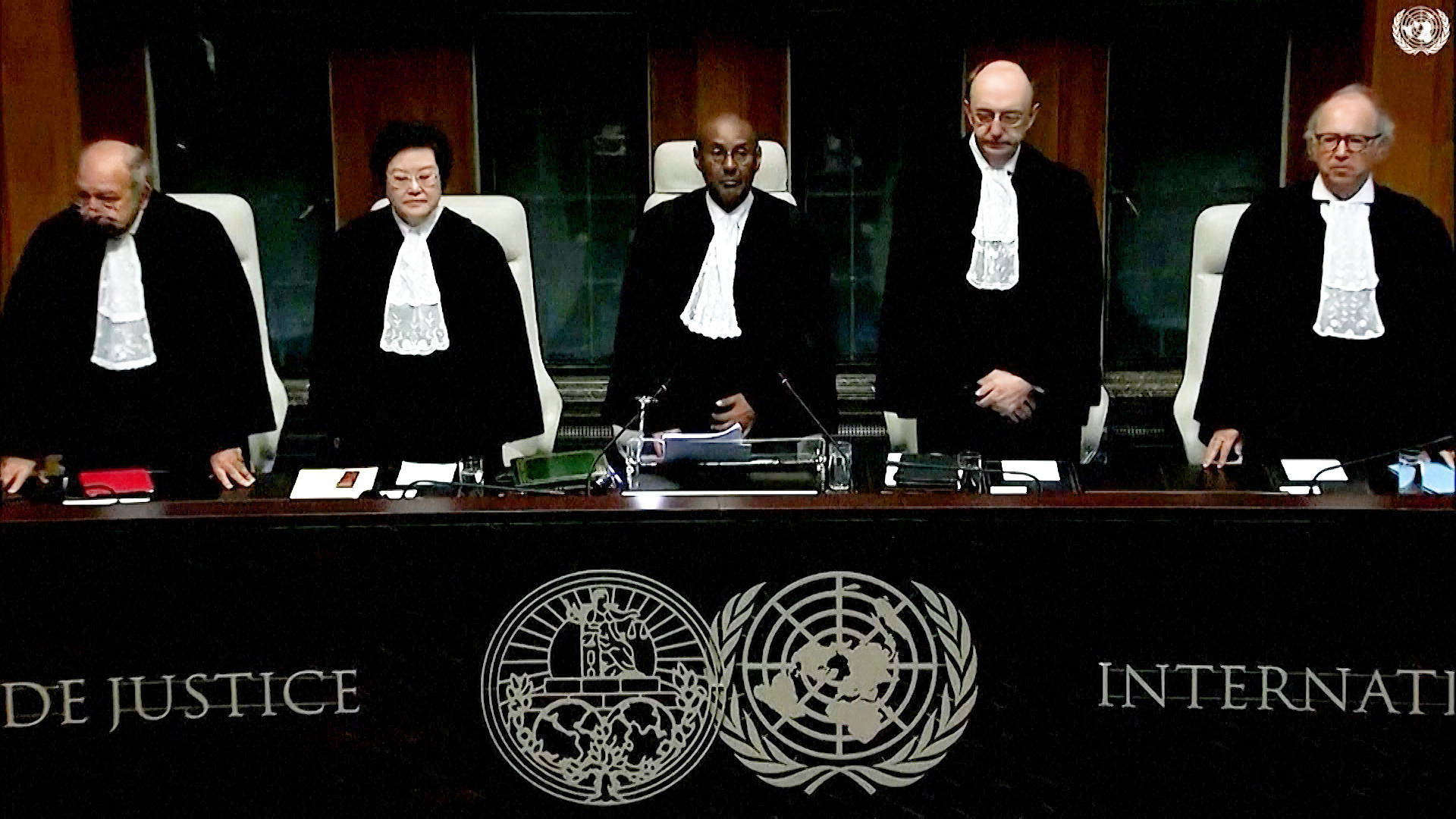 This is a rush transcript. Copy may not be in its final form.

AMY GOODMAN: This is Democracy Now! In a major ruling, the U.N. International Court of Justice at The Hague has ordered Burma to “take all measures within its power” to protect Rohingya Muslims from genocide. The court issued the ruling Thursday, calling the 600,000 Rohingya remaining in Burma, also known as Myanmar, quote, “extremely vulnerable” to military violence. The court ordered Burma to report regularly to the tribunal about its progress.

The ruling is a sharp rebuke of Burma’s de facto leader Aung San Suu Kyi, who last month asked the court to drop the genocide case against Burma. Aung San Suu Kyi is a Nobel Prize laureate. She spent over a decade fighting against the Burmese military, was imprisoned by them. She’s now defending them.

Gambia brought the genocide case to the International Court, accusing Burma of trying to, quote, “destroy the Rohingya as a group, in whole or in part, by the use of mass murder, rape and other forms of sexual violence.” The Burmese military killed and raped thousands of Rohingya and forced more than 700,000 to flee into neighboring Bangladesh in a brutal army crackdown in 2017.

This is Rohingya refugee Enamul Hassan reacting to the court’s ruling from Bangladesh.

Reed, can you talk about the significance of the ruling of the International Court of Justice?

REED BRODY: Well, you know, this is the most important court in the world intervening in one of the worst atrocity — mass atrocity situations of our time, while the atrocities are still happening. So, it doesn’t really get more significant than that. As you mentioned, there are 700,000 Rohingyas who have been displaced into Bangladesh. There are hundreds of thousands in camps in Myanmar. Now, their situation obviously doesn’t just change overnight. But as a young Rohingyan poet said, “My brothers and sisters, the door to justice has opened today.” So I think, you know, this is a huge decision. And as you said, it’s a huge rebuke to Aung San Suu Kyi and to the military in Burma.

AMY GOODMAN: Can you explain Aung San Suu Kyi’s position? I mean, she is a Nobel peace laureate. She has long now defended the Burmese military in its genocide against the people, the Rohingya Muslims, and actually went to The Hague to testify on the military’s behalf — the military which imprisoned her and she fought against for decades.

REED BRODY: Well, obviously, she has thrown her lot in with the military. And I think she’s showing domestic public opinion that she hates the Rohingya as much as, you know, many others do. I mean, let’s remember that this is one of the most hated, persecuted minorities in the world. And I was reminded by this decision of the genocide conviction in Guatemala against Ríos Montt, in which the highland Mayan Indians, among the most marginalized people in the Americas — not as marginalized as the Rohingya — you know, were recognized as a group, and their rights were protected as victims of genocide. And I think the same thing is happening today. Aung San Suu Kyi never mentioned, and the government of Myanmar, in their response to yesterday’s ruling, never uses even the word “Rohingya.” But the court, the International Court of Justice, the highest court in the world, said the Rohingya are a group, and they’re entitled to protection from genocide. I think that’s — you know, that’s a major moment, not just for the Rohingya, but for international justice.

AMY GOODMAN: Now, what is the enforcement mechanism? I mean, this court, the International Court of Justice, a part of the U.N., what does this mean?

REED BRODY: Well, theoretically, the decisions are binding, and they’re transmitted to the Security Council. Now, we know that the Security Council, China has a veto, and so the Security Council will not enforce the judgment. But the court did — first of all, the court established a reporting requirement. It said every — it said the first — in four months, the government of Burma has to account for what it’s doing, and then every six months thereafter. So it’s almost like a court supervision of what’s going on. The General Assembly can take it up. The Human Rights Council in Geneva can take it up. I think whether Myanmar applies this decision is going very much to depend on the international pressure that will come. I mean, they were told not to destroy evidence. Well, we can see, and we have seen in the past, through aerial photos, where they’re destroying evidence. So, this is going to be — you know, it’s obviously going to take a lot, but there is an enforcement possibility and a mechanism that’s going to depend on international pressure.

AMY GOODMAN: And can you talk about Gambia bringing this case, the speed with which the ICJ ruled? And what about other cases in the world where so many have died — for example, in Syria, what’s happening with the Uyghurs in China? Have any of these cases been brought, or even what U.S. is doing in the Middle East and in the Iraq War, etc., in the killing of Qassem Soleimani?

REED BRODY: Well, of course, you know, in terms of Gambia, I have to say, as you know, I work in Gambia, and I work closely with the attorney general there. And Gambia took this case actually on behalf of the Organization of Islamic Cooperation to protect the Moslems, Rohingya. And the attorney general of the Gambia happened to have been a prosecutor of the Rwandan genocide, and he felt that he was seeing the same thing happen, and he took the lead. And he has a wonderful back story that really legitimizes this very rare instance of South-South solidarity, Gambia, little Gambia, sticking up for a minority all the way across the world.

It’s interesting that you mention China and the Uyghurs, because when — the OIC, the Organization of Islamic Cooperation, which should be standing up, as well, for the minority in China; instead, because of China’s not only military might, but also China has the unprecedented campaign by China to silence international critics — it was the topic, actually, of Human Rights Watch’s world report last week. The OIC, Muslim countries in the world, actually adopted a statement praising China for how they care for the Muslim minority. So, in many ways, this is a question of political balance of power. In this case, Burma’s power is not the same internationally as China’s.

The case of Syria, you know, again, there’s a veto with Russia. Syria has not ratified these conventions. And Russia can veto, and China can veto, any accountability mechanism at that level. Now, there are a lot of cases around the world where individual countries, in France, Germany and other places, have arrested and are prosecuting people, Syrian officials who have engaged in repression. But, of course, it’s not the same as going to the state and going to the top.

AMY GOODMAN: We want to thank you so much for being with us, Reed Brody, counsel for Human Rights Watch.

When we come back, we look at a major victory by Moms 4 Housing in Oakland, California. Back in 30 seconds.