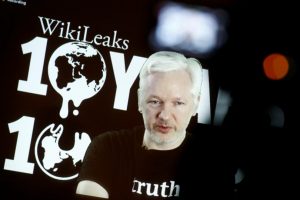 It is being increasingly larded with heavy twists and turns, a form of state oppression in slow motion, but the Julian Assange extradition case now looks like it may well move into the middle of the year, dragged out, ironically enough, by the prosecution. Curiously, this is a point that both the prosecutors, fronted by the US imperium, and the WikiLeaks defence team, seem to have found some inadvertent agreement with. This is the biggest case of its kind, and will determine, for an era, how journalism and the publication of nationally classified information is treated. Neither wish to misstep in this regard.

The last procedural hearing ahead of the full extradition trial of Assange over 17 counts of espionage and one of conspiracy to commit computer intrusion was trained on the issue of logistics. The prosecutors seemed to be bellyaching in their discontent, lamenting matters of availability for their staff. One striking example concerned the US government’s chief barrister, James Lewis, who would be taken up with a trial in Northern Ireland of “a great deal of substance and importance.” This would make him unavailable for up to three months after the commencement of the extradition case.

Clair Dobbin, representing the US, was the first to make an application that the substantive hearing be split. Various legal rulings, she argued, would have to be made subsequent to the full February proceedings, including the ticklish issue of whether certain witnesses were to remain anonymous or not. WikiLeaks wishes that they remain so; the prosecution would like that cloak removed.

Despite already furnishing the court with a meaty affidavit, Dobbin claimed that more needed to be done in responding to the defence evidence. (Good of them to give a sense of formality that they are doing so.) Besides all that, experts sought by the prosecution were “extremely busy practitioners and academics with very full diaries”, many still chewing over the issue of where Assange fitted in the security paradigm. This statement of itself is odd, as is so much of the entire effort against the WikiLeaks publisher.

Procedural dragging was also a matter of importance for the Assange team. Despite working with manic dedication over Christmas, the issue of access remains crippling for the defence. “We simply cannot get in as we require to see Mr Assange and to take his instruction,” argued one of Assange’s lawyers, Edward Fitzgerald. “Frankly, we require more time before calling the main body of our evidence.”

The point of journalism, and its legitimate pursuit in this nasty, brutish and rather long encounter, lies at the heart of the battle. The framing of the US indictment purports to negate journalism as a factor in the case, with the prosecutors honing in on the issue of espionage and hacking. Spies cannot be journalists, so goes the claim; espionage and publication should not be seen as comparable or even linked matters. This very claim suggests that any form of national security journalism, the sort that exposes abuses of power, is illegal.

This round of submissions merely confirmed the point, though it is one sharpened to specifically exclude foreigners. In other words, press protections enshrined by the First Amendment of the US Constitution cannot apply to non-US nationals, a daringly dangerous assertion.

As WikiLeaks’ editor-in-chief Kristinn Hrafnsson crisply put it, “We have now learned from submissions and affidavits presented by the United States to the court that they do not consider foreign nationals to have a first amendment protection.” To the AAP, he surmised that the US had also “decided that they can go after journalists wherever they are residing in the world, they have universal jurisdiction, and demand extradition like they are doing by trying to get an Australian national from the UK from publishing that took place outside US borders.”

The US case also insists that, should the extradition be successful, Assange will be subject to that troubling euphemism of “special administrative measures”. Even in a bureaucratic penal system, such language entails a formal and legal disappearance of the subject.

Italian journalist Stefania Maurizi suggests with understandable gloominess that “Pandora’s box will open” if the prosecutors make their case fly in court. The extradition of an Australian or Italian journalist by the US would just as easily justify the same action by Saudi Arabia and Russia. This terrifying precedent is reiterated as a distinct possibility across the spectrum of commentary, an extra-territorial extension of US power to punish the world’s scribblers, bloggers and publishers.

The outcome of this set of stuttered proceedings seemed to irritate District Judge Vanessa Baraitser, who conceded to the split, but sternly spoke of disfavour regarding any other requests for moving dates. She did relent to another case management hearing scheduled for February 19. The full extradition hearing is now set to open on February 24 at London’s Woolwich Crown Court, adjourning after one week, then continuing in May 18 with a three-week hearing. The chess pieces in this critical encounter have again been moved.

In this dark turn, a smattering of light seemed to shine through. Having been held in withering solitary confinement in the prison medical wing of Belmarsh, news came that Assange will be moved to an area with other inmates. Joseph Farrell of WikiLeaks described it as “a dramatic climbdown,” “a huge victory for Assange’s legal team and for campaigners, who have been insisting for weeks that the prison authorities end the punitive treatment of Assange.” The same could not be said about legal and medical access, both of which have been sorely lacking.

The decision to initiate the move seems to have sprung from prisoners within Belmarsh itself. The prison governor has been petitioned on no less than three occasions by a group of convicts insisting that the treatment being afforded Assange smacked of injustice. Human rights activist Craig Murray subsequently reflected on this “small victory for basic humanity – and it took criminals to teach it to the British state.”

Such victories in penal terms do tend to be mixed. Assange will hope that those inmates he keeps company remain sympathetic to his cause. The new quarters will house some 40 of them, and the risks to his being remain. Even in prison, Assange’s case and plight never ceases to astonish.