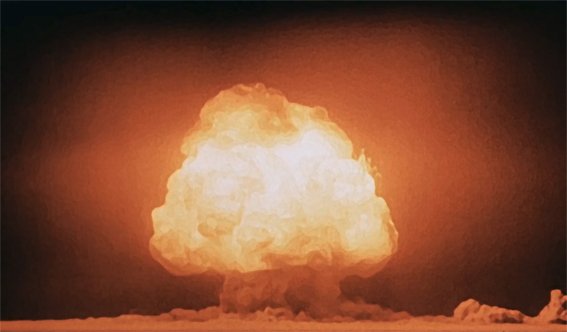 Good morning, earthlings. It is now 2020 and your wake-up call is being administered.

In this case, the call has been delivered by the Bulletin of the Atomic Scientists, which since 1947 has set its “Doomsday Clock” to reflect global security conditions. On Jan. 23, the group moved the clock’s hands ahead to just one hundred seconds from midnight. That’s 20 seconds closer than the two-minute warning the Bulletin issued in 2018 and its latest-ever setting.

We are now ticking off humanity’s remaining time to avert apocalyptic conflagrations in seconds, not minutes.

The Doomsday Clock originated as a way to warn the world about the specific danger posed by nuclear weapons. That danger did not decisively recede during the post-Cold War years and is now as clear and present as at any point since the United States dropped the first A-bombs on Japan 75 years ago.

An arms race is in full swing. Hypersonic delivery systems are the new nuclear threat multiplier. Their deployment is sharply reducing even the ridiculously short response times that now exist and greatly magnifying the probability that an armed conflict, once begun, will escalate rapidly.

Indeed, a de facto state of armed conflict currently exists between the United States and the Islamic Republic of Iran. Little is being done to reduce the threat level or address the underlying issues diplomatically.

Nuclear arms control is, if not quite dead, comatose. The post-arms control era arguably began in 2002 when the United States, under President George W. Bush and Under Secretary of State John Bolton, withdrew from the Anti-Ballistic Missile Treaty with Russia. The trend appears bound to culminate this year with the demise of the New START treaty and, with it, any attempt to limit nuclear armaments through the diplomatic efforts of nation states.

The disruption of the planet’s climate systems, also cited in the Bulletin of the Atomic Scientists’ announcement, imperils human civilization with even greater certainty than nuclear arsenals. Global emissions are climbing steeply and leading governments from Brazil to Washington are galloping in the wrong direction. Australia is burning.

To these twin terrors staring humanity in the face, the Bulletin added a frightening new element: information warfare in the cyber realm, which along with propaganda and disinformation have pervasively degraded the international media environment.

The top leaders of the two former Cold War superpowers, Russia and the United States, are among those who now systematically proclaim lies as truth and the truth as faux news. Deepfakes, bots, and other forms of weaponized infotech are actively subverting our collective capability to discern truth from fiction with confidence. Science faces official disdain.

Worst of all is the growing recognition that there is no one at the tiller. Here’s how the Bulletin phrased it:

“We move the Clock toward midnight because the means by which political leaders had previously managed these potentially civilization-ending dangers are themselves being dismantled or undermined, without a realistic effort to replace them with new or better management regimes. In effect, the international political infrastructure for controlling existential risk is degrading, leaving the world in a situation of high and rising threat.”

Given such an astute and sober analysis, one may conclude the Doomsday Clock referees behaved with some restraint in ticking off a mere twenty seconds. It could well be later than even they think.