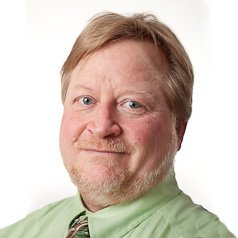 Ed Asner, the actor and activist, came to Madison, Wisconsin, in mid-December to give three performances of the play God Help Us!, in which he plays God. Asner, at ninety, is still sharp-witted and endearingly gruff, with a masterful stage presence. The Progressive sponsored these shows—all well attended if not sold out—and shared in the proceeds. Asner also appeared at a fundraiser for the magazine, where he gamely fielded questions from a packed room of admirers, and closed by asking a question of his own:

“I fear for the eventual outbreak between the two opposing groups in our country,” he told the crowd. “I’d like to hear [your] stance, how sanguine you feel about facing off against the Trumpists. Would anybody venture to say?”

It has become one of the most urgent issues of our time, and the source of much consternation: Are we, as a nation, headed toward a civil war? Under Donald Trump, that’s a valid question. The President and his supporters are actively anticipating this possibility.

“I think it would become the second Civil War,” said a Trump backer at one of the President’s many campaign rallies, referencing the always-remote possibility that he might be removed from office following impeachment. “[It] would cause physical violence in this country that we haven’t seen since the first Civil War.”

Another Trump backer at this same rally cited “my .357 Magnum” as his reason for believing that Trump would not be removed.

Trump himself has raised the possibility of violence if things don’t go his way, at one point tweeting this deranged comment, based loosely on some commentary he heard on Fox News: “If the Democrats are successful in removing the President from office (which they will never be), it will cause a Civil War like fracture in this Nation from which our Country will never heal.”

Trump has also tweeted: “I am coming to the conclusion that what is taking place is not an impeachment, it is a COUP, intended to take away the Power of the People, their VOTE, their Freedoms, their Second Amendment, Religion, Military, Border Wall, and their God-given rights as a Citizen of The United States of America!”

This, as The New Yorker staff writer Jelani Cobb reflected, “was a breathtakingly irresponsible and foolish comment that could reasonably provoke violence among his most devout followers.” And in fact, armed rightwing militias are already preparing for possible battle on behalf of their favorite President.

It is no great leap from threatening violence against the Constitutional remedy of impeachment to employing it to overturn the results of an election. If, as is likely, Trump survives the ordeal of impeachment over his efforts to compel a foreign leader to assist his campaign, he quite possibly will continue to solicit interference in the 2020 election. And, if that is not enough to overcome his historic unpopularity, he may proclaim the result fraudulent and urge his supporters to nullify it, guns in hand.

It has become one of the most urgent issues of our time, and the source of much consternation: Are we, as a nation, headed toward a civil war?

Thus we could see Civil War-levels of strife, if not actual violence, between the factions the most divisive U.S. President in modern history has managed to create. And progressives, like the white nationalist militias who worship Trump, need to start preparing for it.

Trump is a lawless President, unbound by the norms that have governed others, unmindful of appearances, and utterly amoral. He has been a liar and a cheater his entire life. He has cavalierly violated the Constitution, especially the emoluments clause that prevents federal officials from using their office for personal gain. (In a testament to his penchant for creating his own reality, Trump has labeled the clause itself “phony.”) He has routinely condoned violence, and even encouraged his supporters to engage in it.

And his base has been all-too-happy to oblige. The Guardian compiled a list of more than fifty instances in which Trump supporters have committed or threatened acts of violence either against his critics, or while explicitly stating that they support or were moved to act by him. One Trump admirer, Cesar Sayoc, sent sixteen pipe bombs to media and others the President counts among his enemies. Others have bombed mosques or threatened Muslims. A pair of brothers in Boston beat and urinated on a homeless Latinx man, telling police, “Donald Trump was right, all these illegals need to be deported.” Their victim was a permanent U.S. resident.

So the violence is real, as is the possibility that it will be unleashed on a much larger scale in 2020. And that requires progressives to prepare to do something truly difficult: respond to violence with empathy and even love.

All of the usual wisdom applies: Violence begets violence. An eye for an eye makes the whole world blind. But the best reason to avoid responding to violence with violence is that there is no way it would succeed: The people who adore Trump have way more guns than we do.

Seriously, if what we progressives have every reason to expect will happen does, nonviolence will be the most strategic response. And it has to start now, before the election is contested; we must begin laying the groundwork for a principled and effective response.

What does that look like? Consider what happened when Ed Asner asked his question.

Several of the people present began talking about the work they are doing—not just to get out the vote but to reach out to their fellow citizens. There are more than 250 neighborhood teams in Wisconsin alone, Asner was told, knocking on doors and trying to make connections with people who might think differently than they do.

Asked about the coming clash, people in the room spoke about current efforts to build understanding.

This is also the subject of the excerpt in this issue from a new book, Politics Is for Power, by Eitan Hersh, an associate professor of political science at Tufts University. It describes an approach known as “deep canvassing,” in which people aren’t just going door-to-door to mouth pre-scripted talking points but are actually opening themselves up to others and embracing their humanity.

It’s a lot harder than punching someone in the face.

And what is likely to emerge from such exchanges is less hatred, less suspicion, and less likelihood of violence. The fact is, as has been said in previous editorials, the vast majority of Donald Trump’s supporters are much better people than he is. They have just been pulled into the vortex of his delusions. They can be pulled out.

Less understanding is in order for those in Trump’s party who have turned a blind eye to his criminality to protect their own political hides. The fealty of Republican lawmakers to a corrupt President is open and notorious.

Even before the start of the Senate impeachment trial (which was just getting started as this issue went to press), Senate Majority Leader Mitch McConnell, Republican of Kentucky, and Senator Lindsey Graham, Republican of South Carolina, publicly declared that they had no intention of being impartial jurors, as the process explicitly requires. McConnell even vowed “total coordination with the White House counsel” during the impeachment trial, adding “There will be no difference between the President’s position and our position as to how to handle this.”

The high comfort level among these and other Republicans with Trump’s efforts to pressure Ukraine to assist in his campaign are especially laughable, given the extraordinary umbrage they managed to generate over Hillary Clinton’s use of a private email server. (Fun fact: Despite repeated warnings, Trump continues to use his unsecured cell phone to conduct sensitive official discussions, making them vulnerable to foreign operatives.)

Trump thumbs his nose at the law because Republicans in Congress enable this behavior. This has corrupted the Republican Party and helped create a dangerous mindset among the President’s citizen supporters.

Will they pick up guns to keep him in power? Yes, probably, if the people who oppose the President also embrace violence. In other words, the violence that people including Ed Asner worry about is not inevitable. It can be minimized or avoided if the supporters of democracy refuse to respond in kind, and instead let truth be their weapon, as hard as that may be.

For now, let us embrace every opportunity to build relationships with the people that Donald Trump hopes will be prepared to fight, and maybe even kill, for him.

We cannot respond to violence with violence. We cannot make being wrongheaded an unforgivable offense. If, God help us, we have to have a civil war, let’s keep it civil.