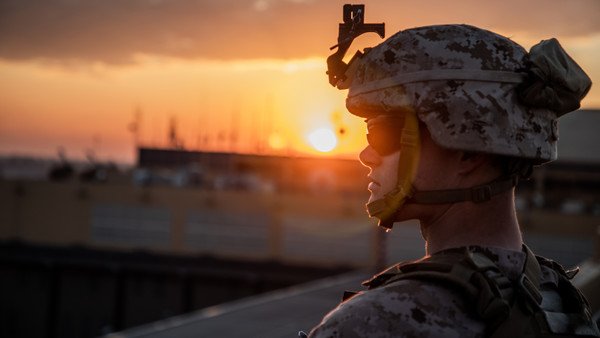 After the Trump Administration assassinated Iranian military leader Qasem Soleimani in early January, administration officials claimed he had been planning imminent attacks against the United States. In fact, their primary concern was that Soleimani had been undermining U.S. influence in Iraq, an oil-rich country slipping out of U.S. control.

“Qasem Soleimani’s principal goal was to drive the United States out of Iraq,” Richard Haass, the president of the Council on Foreign Relations, told Congress after the assassination.

For many years, Soleimani had been one of Iran’s leading emissaries to Iraq. He aided the Iraqi government when it was facing a major threat from the Islamic State in 2014, helping to organize the militia forces that turned the tide against the terrorist organization. Soleimani also brokered a deal that brought a new Iraqi government to power after the country’s parliamentary elections in May 2018.

Although U.S. officials sometimes worked with Soleimani, they viewed him as an enemy, believing that he wanted to expel U.S. forces from Iraq.

The Trump Administration, which has no intention of abandoning its grip on Iraq, saw Soleimani as a major obstacle. Although President Trump regularly claims that he intends to bring U.S. troops home from the Middle East, his administration has increased the U.S. military presence in the region while trying to transform Iraq into a hub of energy production.

Iraq “can be the linchpin in the Middle East, and we’re trying to build that out,” Secretary of State Mike Pompeo said early last year.

Trump has been particularly interested in Iraq’s oil. During the previous presidential campaign, he said that ExxonMobil should move into Iraq to develop the country’s oil industry. “I have long said that we should have kept the oil in Iraq,” Trump said in a major foreign policy address.

Once in office, Trump stocked his administration with like-minded officials. Last year, State Department official Joan Polaschik told Congress that “there’s serious money that could be made in Iraq.” A few weeks before the Soleimani assassination, State Department official Joey Hood told Congress that U.S. companies are ready to move into the country. “We are there advocating for them,” Hood said. “They just need a good reliable partner in the Iraqi government.”

But finding a reliable partner has been a significant challenge for the Trump Administration.

One major setback for U.S. officials happened during Iraq’s parliamentary elections in May 2018, when the Iraqi people displayed little support for then-Prime Minister Haider al-Abadi, the preferred candidate of the United States. The largest number of voters rallied behind Moqtada al-Sadr, a nationalist Shiite cleric whose forces had resisted the U.S. military occupation of Iraq from 2003 to 2011.

After their initial surprise, U.S. officials quickly regrouped to make a major effort to influence the political negotiations that followed the election. Since Sadr did not win enough votes to form a government, U.S. officials began meeting with the various factions that would determine the leaders of the country.

Early government formation efforts displayed the potential for “an Iraqi national unity government with as little Iranian influence as we can possibly achieve,” Secretary of State Pompeo told Congress. “We’re doing our best to facilitate that, where it’s appropriate.”

Still, U.S. diplomats found themselves outmaneuvered by Soleimani, who spearheaded Iranian efforts to influence the negotiations. Having more influence over Iraqi officials, Soleimani brokered the final political agreement between the country’s competing factions. His diplomacy brought to power Adel Abdul Mahdi, who many observers viewed as a compromise candidate.

The Trump team publicly welcomed the formation of a new government under Mahdi’s leadership, but it was unwilling to tolerate Soleimani’s growing political influence. As it ramped up its maximum pressure campaign against Iran, the administration began putting additional pressure on the Iraqi government.

Trying to keep Mahdi in power, Soleimani returned to Baghdad, urging Iraqi officials to maintain their support. He persuaded some key officials to stick by the government, but Madhi eventually submitted to growing pressure from the protesters, announcing at the end of November that he would resign.

U.S. officials viewed Mahdi’s decision as a significant setback for the Iranians.

“I believe they do feel pressure from the protests, which is one of the reasons why they deployed Qasem Soleimani so quickly and for such a long period of time,” Hood told Congress. “I think what they’re doing now is they’re having trouble figuring out how to reinstate the influence that they feel that they’re losing.”

Tensions escalated as Iraqi militia forces and the United States engaged in a series of provocative and deadly actions at the end of the month. On December 27, an Iraqi militia fired rockets at an Iraqi military base, killing an Iraqi-born U.S. defense contractor. Blaming Iran, the Trump Administration launched airstrikes against Iranian-backed militias in Iraq and Syria, killing dozens.

Then, on December 31, Iraqi militia forces participated in a violent protest at the U.S. embassy, where protesters demanded that the United States withdraw. Initially, Iraqi security forces did little to stand in their way.

It was then that Soleimani decided to return to Iraq, planning to meet with Prime Minister Mahdi to review growing regional tensions. Not long after he arrived at the Baghdad International Airport in the early morning hours on January 3, U.S. military forces killed him in a drone strike.

The day of the strike, Trump defended the assassination by denouncing Soleimani as “the number-one terrorist anywhere in the world” and claiming that he was planning imminent attacks against the United States. Trump blamed Soleimani for the attack that killed the U.S. contractor and the violent protests at the U.S. embassy.

What the President did not say was that Soleimani had been undermining U.S. efforts to maintain control of Iraq. Indeed, the Trump Administration harbored significant political reasons for killing Soleimani. With Soleimani gone, the administration believed that it would be better positioned to determine the future of Iraq.

On February 1, nearly a month after the Soleimani assassination, the Trump Administration appeared to achieve one of its main political goals when the Iraqi government named Mohammed Allawi as the country’s new prime minister. Allawi, a longtime Iraqi politician, is the cousin of longtime C.I.A. asset Iyad Allawi, who the Bush Administration installed as the country’s interim prime minister after it invaded Iraq in 2003. The rapid ascendance of Mohammed Allawi to the position of prime minister provided one of the clearest indications of the Trump Administration’s motives for the Soleiani assassination.

So far, administration officials have said little about the political transition. They seem content to remain quiet about the change as tensions between Iran and the United States decline and people shift their attention elsewhere.