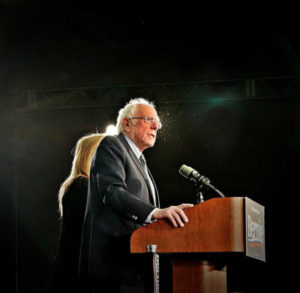 There are few things in life more surreal than being on the ground when election fraud is taking place, feeling that knot in the stomach growing as tales of intrigue trickle in like slow-drip coffee on a particularly rough morning.

I was in Georgia in 2018, when the gubernatorial race between Republican Brian Kemp and Democrat Stacey Abrams became the culmination of a years-long effort by Kemp, who was at that time the state’s Attorney General and electoral rule-keeper, to rig an election. There, it was polling locations closed or changed without announcement, others provided with voting machines but not power cords; it was over a million voters purged from the rolls in the years leading up, including 53,000 unexpectedly in the finals days of an election Kemp would win by 50,000 votes. As the scope of the scam was revealed, I did not imagine I would ever again be present for something quite so shameless.

Just over a year later I traveled to the frozen tundra of Iowa for the first contest in the Democratic presidential primary process.

On caucus night, I found myself somewhere on the outskirts of Des Moines in a ballroom jam-packed with Bernie Sanders supporters. There were hundreds of them, if not thousands, covered in Bernie swag and carrying signs. Polls in the days and weeks leading up had shown Bernie holding a comfortable lead over a group of rivals jockeying for viability, thus the event was presumed to be a victory party. At one end of the room, two enormous screens were showing CNN’s election coverage, but in their excitement, people paid little attention, even when the network announced the results had been delayed. Outside it was 20 degrees but inside, air flow was minimal and the sticky smells of sweat and marijuana smoke filled the air. As the crowd waited for the results, chants of ‘Not me, us!’ and ‘Bernie beats Trump!’ broke out periodically.

I waded through the crowd, speaking to Berners from Iowa and those who had come from out-of-state to help the campaign. There were many who had made this #BernieJourney, from all across the country and as far away as Europe. I paused to chat with a group of people wearing buttons depicting Bernie Sanders as a bird – Birdie Sanders, they said – when a young man wearing a Bernie shirt two sizes too small for his rippling muscles elbowed his way into the center of the group and started speaking rapidly.

“You won’t believe what just happened at my caucus,” he started, wide-eyed and out of breath, as if he’d run there. “Bernie got almost twice the votes of the next two closest candidates, but they gave all three the same number of delegates. I spoke up but the person in charge literally said ‘shut up Bernie Bro.’”

A young woman in the group stepped forward. “That sounds like this,” she said, pulling out her phone and showing video of a coin flip to decide a delegate in which the flipper clearly looked at the coin and placed it a certain way before announcing the result.

The man next to me began to look pale. He pulled his own phone out and started groaning.

“I watched them input the results at my caucus before I came here, I wanted to make sure. But my friend just messaged me to say that the results were changed after I left.”

In pockets throughout the crowd, brows began to furrow as similar stories spread.

Suddenly, CNN announced breaking news: the results were being delayed due to “irregularities.” Apparently, something had gone wrong with the proprietary app created to record caucus results. A murmur went through the room, Berners once bitten, twice shy began feeling that familiar creep of doubt. An older man with long grey hair and a bushy white beard expressed what many were probably thinking, loudly shouting to no one and everyone, “if they think they’re going to fuck us again, they’ve got another thing coming! Bernie or bust!”

With levels of unease rising, Bernie was hastily introduced and took to the stage, giving the crowd a moment of blissful reprieve from their anxiety. He delivered his customary stump speech mixed with assurances that the results would be both honest and favorable. Nobody panic! But as he left the stage to delirious cheers, still no results had been reported; the ominous “irregularities” continued to hang over the crowd.

Surrogates began to take to the stage to speak – Nina Turner, Ro Khanna, Mark Pocan and others – each asserting that this would not be a repeat of 2016, when the DNC had put its finger on the scale in favor of Hillary Clinton.

As time wore on, with no results in sight, the crowd grew less and less enthusiastic. Some began to leave, muttering to themselves as they did, while others began to look as though they were finally feeling the heat of a thousand people crammed into an unventilated room. It was a surreal scene, as surrogate after surrogate proclaimed they would not allow the process to be rigged while they stood in front of a giant screen which announced “quality control” was being done on the results, whatever that Orwellian proclamation meant.

The results would not come in that night, nor the next day or the day after that. In fact, as of writing this, the only thing which has become clear is that “irregularities” is probably something of an understatement.

Late on caucus night, with the app malfunctioning and 0% of precincts reporting, Pete Buttigieg took the curious step of declaring victory, curious in that he had been trailing by double digits in most every Iowa poll going back months. Did he know something we didn’t? Perhaps so, since hours later it was revealed that Mayor Pete had close ties to the creators of the app which had started the trouble, along with having contributed tens of thousands of dollars to its development. The Bernie Sanders campaign countered by announcing that, perhaps smelling a rat well in advance, they had trained and deployed staff to each and every caucus location in the state in order to record results manually and create a paper trail.

The next day, mainstream media released a percentage of what they claimed were the results, showing Bernie and Pete in a virtual tie for first place. At almost the same time, evidence emerged which showed the app had not only crashed but was changing results as they were input.

The story continues to get worse with each new layer revealed, the feeling on the ground as close to an Iowa tornado as I’d care to get. It seems it will likely be some time before the mystery of Iowa’s “irregularities” is solved. But regardless of the results, Iowa has revealed a crucial, perhaps the crucial, narrative of the 2020 primary. It seems obvious that the establishment intends to use every tool at their disposal, no matter how shameless, to prevent Bernie Sanders from becoming the Democratic nominee and then President. After four years, how prepared is the Sanders campaign to counteract such subversion? If Iowa is any indication, they know it’s coming, and they intend to fight. More importantly though, what will the response of Bernie supporters be, those who went from hope to despondence on caucus night, who share the anger of the man yelling ‘Bernie or bust!’

Think of what is happening in France right now. Sometimes people can only be pushed so far.