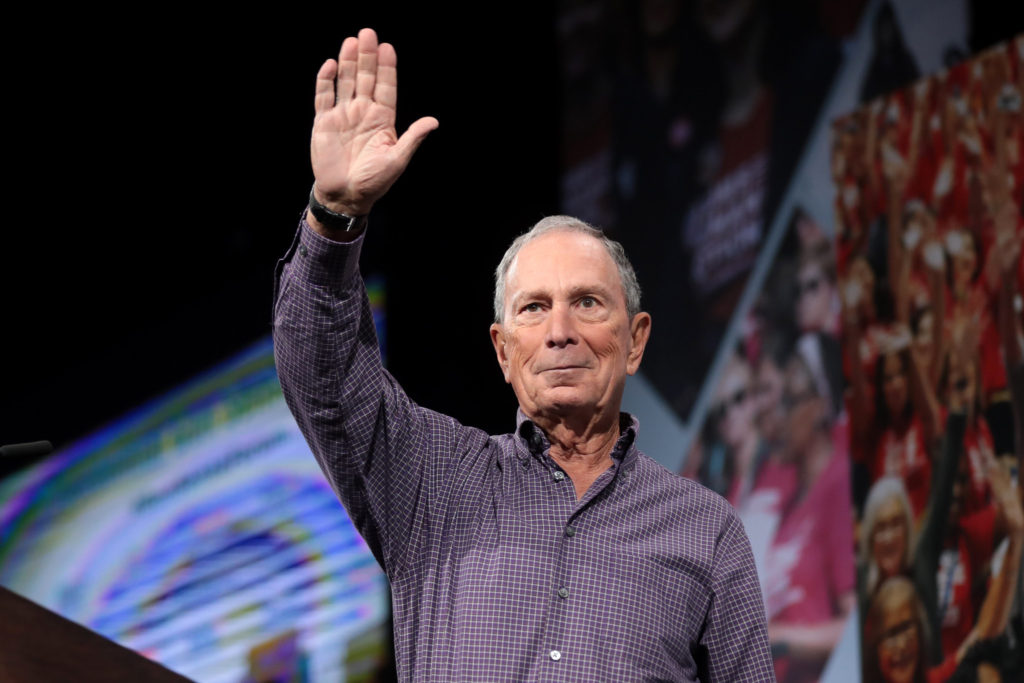 In November, Michael Bloomberg visited the Christian Cultural Center, a large, predominantly black church in Brooklyn, New York, to make an apology. “I got something important wrong,” Bloomberg said. He was referring to stop-and-frisk, a policy that studies show disproportionately impacted black and Latino communities, which were most often targeted by the New York City Police Department.

Bloomberg began began the speech — which Gothamist, a New York City news site, pointed out was just twelve minutes long — by touting the decline in city murders during the Bloomberg administration. He also referenced what he saw as improved police-community relations, and black residents’ positive view of the NYPD.

The apology, and the speech as a whole, played down not only the impacts of stop-and-frisk enforcement during Bloomberg’s mayoral tenure, but how fiercely he defended the policy for years afterward. One of those earlier defenses began circulating widely on social media Tuesday morning after a recording was released from a speech Bloomberg gave at the Aspen Institute in 2015. Benjamin Dixon, a podcast host, posted an audio clip of the speech with the hashtag #BloombergIsARacist.

Audio of @MikeBloomberg’s 2015 @AspenInstitute speech where he explains that “you can just Xerox (copy)” the description of male, minorities 16-25 and hand to cops.

Bloomberg had video of speech blocked.

Perhaps because of the problematic explanation he gives for #StopAndFrisk pic.twitter.com/Fm0YCi4ZRy

“Ninety-five percent of your murders — murderers and murder victims — fit one M.O.,” Bloomberg said in the speech. “You can just take the description, Xerox it and pass it out to all the cops. They are male, minorities, 16 to 25. That’s true in New York, that’s true in virtually every city.”

His speech also included offensive remarks regarding minority youth and guns: “These kids think they’re going to get killed anyway because all their friends are getting killed,” Bloomberg said. “So they just don’t have any long-term focus or anything. It’s a joke to have a gun. It’s a joke to pull a trigger.” He added, “And the way you get the guns out of the kids’ hands is to throw them up against the walls and frisk them.”

He must have sensed afterward that his remarks wouldn’t go over well. The Aspen Times reported at the time that Bloomberg representatives “have asked the Aspen Institute not to distribute footage of his recent appearance in Aspen, where the three-term New York City mayor made pointed comments concerning minorities and gun control.”

As Gothamist explained in November, this speech was not an anomaly, but part of a pattern of defending discriminatory policing practices:

The three-term mayor was not some passive actor granting tacit authority to his police department to continue the stops—he made strident, threatening, and at sometimes bizarre public pronouncements about why New Yorkers needed stop and frisk, despite mounting evidence to the contrary, and a federal judge’s ruling that it was unconstitutional. Even after mayor-elect Bill de Blasio pledged to end the City’s appeal of that ruling, Bloomberg spent taxpayer resources fighting it until the day he left office.

In a statement Tuesday morning, Bloomberg responded to pushback surrounding the recording’s release. “By the time I left office, I cut it [stop-and-frisk] back by 95%, but I should’ve done it faster and sooner. I regret that and I have apologized — and I have taken responsibility for taking too long to understand the impact it had on Black and Latino communities,” he said.