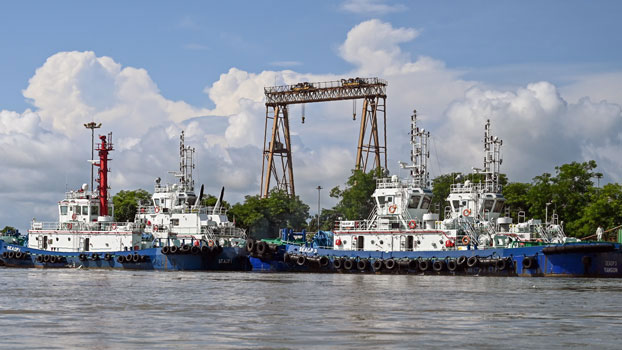 The Myanmar government will compensate local residents for more than 1,800 acres they had to forfeit for the building of the China-backed Kyaukphyu Special Economic Zone in western Rakhine state, a Myanmar government official said Friday, yielding to demands for money as payment for their losses.

The plan for the Kyaukphyu SEZ allots 600 acres for deep seaport, nearly 2,500 acres for an industrial zone, and more than 1,200 acres for residential housing projects — much of which is being confiscated from the citizens who live in the area.

“In the Thilawa Special Economic Zone, there has been compensation for local residents for social losses, the rebuilding of homes, and vocational training, in addition to compensation for land,” said Aung Htoo, Myanmar’s deputy minister for commerce, referring to a Japanese-backed development about 16 miles south of Yangon.

“It will be the same in Kyaukphyu.” he said during a parliamentary session in the capital Naypyidaw. “Local farmers will be given compensation for their farmlands and their crops. On top of that, we will also give compensation for social losses.”

No details were given on how much compensation those who lost land would receive.

Kyaukphyu is a major town in Rakhine state situated on a natural harbor in the northwestern corner of Ramree Island on Combermere Bay about 250 miles northwest of the commercial capital Yangon. Besides its natural deep-sea harbor, the area has abundant oil, natural gas, and marine resources.

The Kyaukphyu SEZ with its deep-sea port project is an important part of China’s Belt and Road development strategy, which focuses on connectivity and cooperation between Eurasian countries, giving China access to the Bay of Bengal as an alternative route for oil imports.

The SEZ will be accessible to the Shwe gas field in the Bay of Bengal and an oil and gas terminal financed by Chinese state-owned oil company China National Petroleum Corporation, or PetroChina.

These other projects also have been dogged by complaints about little or no land compensation along with a loss of livelihoods for local fishermen.

Tun Kyi, coordinator of the Kyaukphyu Rural Area Development Association said locals believe that they are not benefiting from the SEZ project.

“Rakhine people don’t have a say in the implementation of and right to administer the project,” he said. “Only the Union government has signed all the agreements and is making all the decisions.”

“The government is not transparent with its business concerning the Kyaukphyu SEZ,” he added.

He also pointed to current fighting between the Myanmar military and an ethnic rebel group seeking greater autonomy in the state as a complicating factor.

“We are concerned that conflicts will arise if the government enforces the implementation of the project,” he said.

The Kyaukphyu SEZ Watch Group, a civil organization based in Rakhine, has urged the government to ensure that local officials focus on job creation for residents in addition to paying them for land they had to give up.

Ba Shein, a lower house lawmaker from Kyaukphyu township, said both the Chinese and the Myanmar government are guilty of running roughshod over locals.

“Many western countries use rigid standards to avoid imposing social and financial losses on local people in their investment projects, but the Chinese are less careful about the well-being of locals in their projects,” he said.

“[But] our own government is also to be blame for incompetency,” he added. “There are widespread concerns that the local people might not get the appropriate compensation they deserve.”

Land grabs in which authorities seize land from people for development projects without paying them fair compensation for lost crops, property, and livelihoods are a major cause of social tensions in Myanmar and neighboring countries in Southeast Asia.