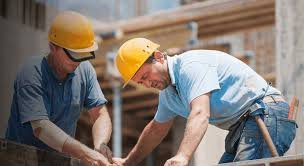 That was the big line from Donald Trump’s Inauguration address, describing a dystopian United States with “rusted-out factories scattered like tombstones across the landscape,” due to bad trade deals that encouraged outsourcing.

The newly installed President promised to “bring back our jobs” by negotiating better deals that “benefit American workers and American families.”

In Trump’s mind, America’s corporate executives have sheepishly boarded up their Chinese and Mexican plants as one rust belt factory after another turns its lights back on and workers dust off the name plates on their old lockers.

What a difference three short years of Trump has brought—at least, according to Trump. In his State of the Union speech on February 4, he called the U.S. economy the “best it has ever been,” saying he’s created a “blue-collar boom” where “companies are not leaving; they are coming back to the USA.” Moreover, he crowed, “After decades of flat and falling incomes, wages are rising fast,” especially for low income workers.

In Trump’s mind, America’s corporate executives have sheepishly boarded up their Chinese and Mexican plants as one rust belt factory after another turns its lights back on and workers dust off the name plates on their old lockers. It’s like turning Billy Joel’s grim “Allentown” into a scene from the 1986 comedy Gung Ho. Problem solved!

In reality (a realm the President avoids as much as possible), the economy has continued on a straight trajectory from what Trump inherited from President Barack Obama.

Yes, wages are indeed going up, according to the Bureau of Labor and Statistics. But much of that is due to minimum wage increases enacted at the state and local level. As seen in the graphs below, the median wage for men has remained flat and is still less now than it was in 1979.

When we look at just non-college educated workers—what we traditionally think of as “blue collar” workers—the reality is even starker. Since 1979, the median wage for this group has gone down 12.3 percent.

Plus, observers—including Quentin Fottrell of Market Watch—question whether wages for any group really are going up, given the methodology used by the Bureau of Labor Statistics. Fottrell points to the Real Wage Index, which uses a more expansive set of data points and finds that, while actual wages have risen by 16 percent overall in the United States since 2006, “real wages” have fallen by 9 percent, when adjusted for inflation.

In fact, Fottrell notes, real wages have actually declined by 1.3 percent since the end of 2017.

Another economic indicator, the labor force participation rate, has hovered around 63 percent of the population through most of Obama’s post-Recession presidency, which is where it stands today. Nevermind that the nation’s weak labor participation rate was the foundation for candidate Trump’s claim that the unemployment rate was really 43 percent.

In fact, as highlighted in the graph below, the United States trails behind most G7 countries in labor force participation among prime working age (25-54) adults. American exceptionalism, indeed.

Compounding this, there is also an alarming number of working-aged men who have checked out of the labor force entirely. Most of these men do not have college degrees; they also predominantly live in a handful of rural, low-income regions across the country:

And what about Trump’s claims of a return of manufacturing jobs? The reality is that there has been slow growth in the manufacturing sector, and this growth is simply a continuation of the post-recession growth rate of the Obama Administration. We still have not returned to pre-recession manufacturing job levels. But we are quite a distance from the “free trade deal” era of the early 1990s, the one Trump is singularly focused on blaming for factory closures.

Lori Wallach, a trade expert with Public Citizen, called Trump’s claim of bringing back jobs “absurd.” The best-case scenario is that improved labor and environmental regulations in Mexico will, Wallach said, “reduce U.S. corporations’ incentives to outsource U.S. jobs to Mexico.” And Congressman Mark Pocan, Democrat of Wisconsin and chair of the Congressional Progressive Caucus, argued that that Trump’s new trade deal is only “marginally” different than the old NAFTA and does not correct “core flaws that led to the outsourcing of hundreds of thousands of American jobs.”

Perhaps the best reality-check is GDP growth.  Despite Trump promising “4%, 5%, or even 6%!” GDP growth, it hasn’t nudged in any meaningful way and Trump’s own White House Council of Economic Advisers is forecasting more of the same-old, same-old in the future:

All in all, it’s clear that Trump’s economy is nothing more than a continuation of the post-recession Obama economy, gussied up with promises that things are going to get even better.

Trump is clearly an expert at rebranding things—whether it be the Obama economy, NAFTA, or our relationship with North Korea. But just changing what something is called does not make it different.

The “blue collar bloom” is no different. It’s a baseless claim that required millions of Trump’s followers to believe he has turned the MAGA Kool-Aid into wine. But believing in the fantastic world he’s created means ignoring what they actually see when they head off to work each day.