The genius of the World Bank was to recognize that it’s not necessary to occupy a country in order to impose tribute, or to take over its industry, agriculture and land. Instead of bullets, it uses financial maneuvering.
— Michael Hudson, 2019 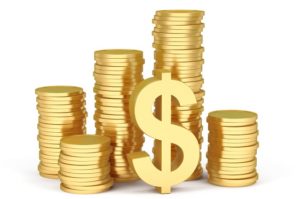 In 1944, as WWII was coming to an end, representatives from 44 countries met in Bretton Woods, New Hampshire to form an international exchange system. In order to foster global stability, foreign currencies were pegged to the U.S. Dollar, itself based on gold. The Bretton Woods System ended in the early 1970s when President Nixon detached the dollar from the price of gold.

Also created at Bretton Woods were the World Bank and the International Monetary Fund (IMF). The World Bank was to make loans to assist in the growth and development of Third World countries and other countries in need. The IMF was to facilitate global financial stability and stimulate trade. And whereas the gold-backed Bretton Woods System itself ended in the 70s, both World Bank and IMF have sailed on ever since within their designed environment of such iron-clad secrecy that it takes one’s breath away.

Regardless of its lofty original goals, and despite its glowing description of itself, the World Bank has evolved into a mechanism as powerful as the U.S. military for expanding America’s global supremacy. No economist of note has studied the intricacies of the process more critically than Michael Hudson who describes the World Bank and IMF as having anything but humanitarian aims. His books and many interviews depict the World Bank as a major force of American imperialism, in which countries are manipulated into debt loads that cannot be repaid.

Both the World Bank and the IMF act as fronts for U.S. power, suppressing development in countries that could potentially compete with U.S. interests. Loans are made that include terms giving the Bank authority to require austerity measures, increased taxation, reduction of labor costs and privatization of infrastructure, typically at reduced costs that would naturally attract multinational corporate interest as blood attracts sharks. Terms are tailored to favor American industry and financial interests. The World Bank and IMF “free market” model is an attack on labor. Nevertheless, loans contrary to the interests of Third World countries and their people continue to be made through American control, both politically and militarily, of corrupt leaders.

The World Bank consists of two separate parts: The International Bank of Reconstruction and Development (IBRD) and the International Development Association. Both, and the IMF as well, are defined and guided by “Articles of Agreement” that cover all aspects of the organizations. Typical for all of them is Article VII, “Status, Immunities and Privileges” of the IBRD. Consider the wording of the 5 sections of Article VII posted here:


*****
Articles of Agreement of the International Bank of Reconstruction and Development

Section 4. Immunity of Assets from Seizure: Property and assets of the Bank, wherever located and by whomsoever held, shall be immune from search, requisition, confiscation, expropriation or any other form of seizure by executive or legislative action.

Section 5. Immunity of Archives: The archives of the Bank shall be inviolable.

Section 6. Freedom of Assets from Restrictions: To the extent necessary to carry out the operations provided for in this Agreement and subject to the provisions of this Agreement, all property and assets of the Bank shall be free from restrictions, regulations, controls and moratoria of any nature.

Section 8. Immunities and Privileges of Officers and Employees: All governors, executive directors, alternates, officers and employees of the Bank (i) shall be immune from legal process with respect to acts performed by them in their official capacity except when the Bank waives this immunity.

Section 9. Immunities from Taxation: (a) The Bank, its assets, property, income and its operations and transactions authorized by this Agreement, shall be immune from all taxation and from all customs duties. The Bank shall also be immune from liability for the collection or payment of any tax or duty. (b) No tax shall be levied on or in respect of salaries and emoluments paid by the Bank to executive directors, alternates, officials or employees of the Bank who are not local citizens, local subjects, or other local nationals.


*****
These sections clearly state that the IBRD may do anything within its imagination and nobody is allowed to peek. The bankers are immune from legal process “except when the Bank waives this immunity”, but why would they want to sink one of their own? Careful wording confers such absolute protection from scrutiny, that it would certainly allow for financial colonialism, or any other activity contrary to the well being of humanity, with no concerns about discovery or interference. The concept of “immunity from legal process” and freedom from regulations and controls “of any nature”, places the Bank and its members, whose actions are secret, beyond any law.

The other branch of the World Bank, the International Development Association, has within its Articles of Agreement similar protective language. Sections 4,5,6,8 and 9 of its Article VIII contain virtually the same stipulations as those of the IBRD. And this holds for the Articles of Agreement of the IMF as well (scroll down to sections 3,4,5,6,8 and 9 of Article IX).

Economists and international lawyers queried as to how such an absolute and dictatorial situation could arise and persist claim not to know any details, or they are disinclined to discuss the issue. But one lawyer with many years experience at the World Bank answered with a single terse sentence (personal communication): “This is a major field of legal writing and research in international law circles, dating back before their establishment in 1945 and certainly since.” And that seems to answer the question, as manipulation of the rule of law by the well-connected really is an old story.

Perhaps the single most Orwellian concept for the entrapment of humanity is that of electronic money in a world in which physical cash has been eliminated. In such a world, every exchange is part of the individual’s record, with the credit card therefore a de facto ‘chip’. But it is that toward which such as the IMF is moving us. There are powerful financial forces geared to maneuvering the world toward a central global government ruling over the free flow of capital. Toward this end, nationalism is being deprecated, and the integrity of national boundaries are being eroded to favor “open borders”. The breakdown of identities with unique cultures enhances the creation of a more rootless humanity that can be mobilized where needed. The World Bank and IMF quietly envelop the world with their immense power, and with their loaded deck of beautifully-crafted immunities are major players in this long game.

<div class="author" readability="10.285714285714">Bill Willers is an emeritus professor of biology, University of Wisconsin at Oshkosh. He is founder of the Superior Wilderness Action Network and editor of Learning to Listen to the Land, and Unmanaged Landscapes, both from Island Press. He can be contacted at <a href="mailto:willers@uwosh.edu">willers@uwosh.edu</a>. <a href="https://dissidentvoice.org/author/billwillers/">Read other articles by Bill</a>.</div>